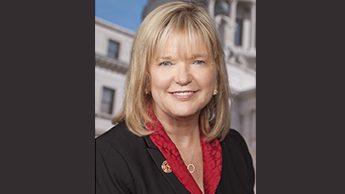 Proponents say the plan would keep billions of dollars here in Mississippi instead of sending that money elsewhere.

Molina, a business based out of California, is the newest addition to Mississippi’s Medicaid marketplace. Like Magnolia and United, it has been offered a 20 percent share of the managed care market, and it should begin operating by July 1.

While Mississippi intends to welcome Molina into its Medicaid fold, Currie — who is a registered nurse — said other states are eliminating the company from their insurance markets due to its record of non-payment to health providers.

In response to complaints from hospitals across the state, Rep. Chris Brown proposed a bill as a solution, but the measure promptly died in committee.

The proposed provider-sponsored health plan, called Mississippi True, would have involved over 60 in-state hospitals, including King’s Daughters Medical Center in Brookhaven. The new plan would help guarantee payment to health providers and boost the level of care available to Medicaid recipients, proponents say.

“This would be a Mississippi company that would provide Mississippi jobs,” Currie said. “It would keep billions of dollars that are currently going to Missouri, Georgia and California in our state.”

“Managed care hasn’t worked out very well,” he said. “Medicaid costs have skyrocketed, and, from a hospital standpoint, we jump through a lot of hoops to give the appropriate care to our Medicaid patients. Even after jumping through those hoops, we still end up with a lot of denials.”

“It’s a little disappointing that many of our legislators haven’t recognized the legitimate argument we’ve made,” he said. “We want them to understand that we’re already doing the work, but we could do the work more efficiently from a financial standpoint under a provider-sponsored health plan.”

“Our hospitals are struggling,” Currie said. “If we don’t give them a break at some point, we might have to consider how Brookhaven would function without a hospital?”

Mississippi’s Medicaid program covers one-fourth of the state’s population, including people in nursing homes, disabled adults, pregnant women and young children. The program is projected to spend $945 million in state money and more than $5 billion in federal money this year.