A Silver Creek man who ran from Monticello police officers over the weekend turned out to be a fugitive wanted by the Mississippi Department of Corrections on a probation violation.

Monticello Police Chief David Stanley said that during a traffic stop Sunday around 10 p.m., Vincent Earl Brown, 39, of 204 Terrell Lane, jumped out of the car and ran away, causing the police officer to pursue him on foot.

After Brown was captured and taken into custody, officers searched his vehicle and found an undisclosed amount of cocaine. It was also discovered that Brown was wanted by MDOC and a warrant had been issued for him in 2010 for absconding supervision, which means he did not pay his fines and check in while on probation, Stanley said.

Brown was charged with possession of cocaine, failure to dim his headlights, expired drivers license, no proof of liability insurance, disorderly conduct for fleeing and open container for beer.

His bond was set at $2,500 at a hearing Monday, but he’s not eligible for release because of the MDOC hold, Stanley said. 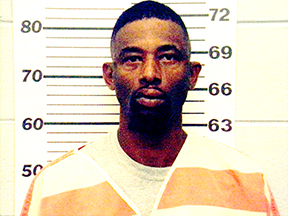 Bids are in, and Lincoln County supervisors are putting together a plan to install a new roof on the county... read more