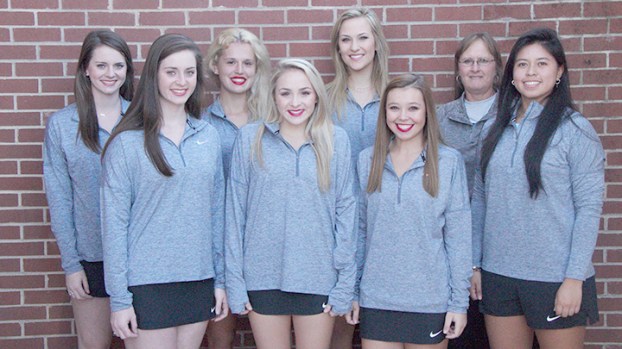 The Co-Lin Lady Wolves are coming off a year that saw success, as they finished 6-8 for the season and fifth in the MACJC/Region XXIII tournament. The Lady Wolves return Gyselle Daza, Co-Lin’s No. 1 singles player, and have several talented freshmen joining the team in 2018.

“With the addition of these strong freshmen we are very solid,” said Lady Wolves coach Brenda Smith. “We are more athletic than we have been in the past and much deeper in the roster. I also think we are stronger in doubles.”

Daza is ranked as the No. 24 singles player in the nation by the ITA and is the No. 7 ranked player in the region. She has worked hard in the off-season and improved her ground strokes with more speed.

Joining the Lady Wolves in 2018 is Carmen Manicea, a freshman from Castellon de la Plana, Spain. Manicea is the No. 19 ranked singles player in ITA Region 3, and paired with Daza the duo is the No. 19 doubles team in the nation. Manicea is a baseline player that puts a lot of spin on the ball from both sides, and has a very effective serve.

Returning for her sophomore season is Madison Franklin. Franklin is an all-court player that is very thoughtful about her shots. Rather than win points with power, Franklin wins them with strategy.

Kara Clark, a freshman from West Lincoln Attendance Center, joins the Lady Wolves in 2018. Clark is slightly defensive in singles and plays offensively in doubles. She is very thoughtful in ball placement, and has a sneaky fast serve.

Katy Clark, Kara’s twin sister, is also on the roster this year. Clark is an offensive player that hits a flatter ball with more power. Katy’s biggest strength is her net play in doubles.

Faith Bergeron is another freshman on the team this year. The Loyd Star High School graduate has outstanding speed and great instincts, especially in doubles play.

Ashlyn Locke is yet another speedy freshman joining the Lady Wolves via Loyd Star High School. Locke is a great competitor that utilizes her speed and quick feet to get the ball back in play at all costs.

With one of the deepest rosters in years, the NJCAA National Tournament is not out of the question for the 2018 Lady Wolves.

“Nationals is always the goal,” said Smith. “With eight teams in the state, it’s going to be a battle, but the fact that we are in the conversation is exciting.”

The Lady Wolves have five freshmen, but with stellar high school experience the group plays at a much more mature level. Pair that chemistry and understanding of the game with solid sophomore returners and anything can happen for the Lady Wolves this season.