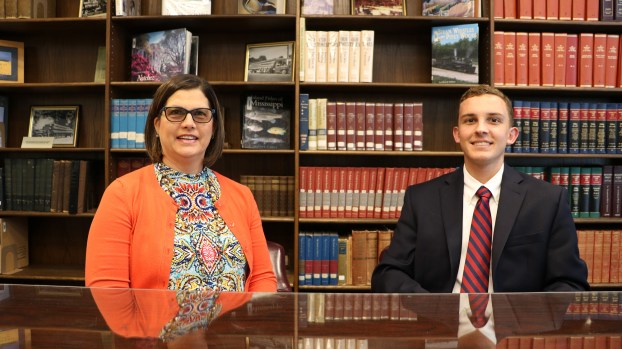 STAR student is thankful and driven

A senior from Brookhaven High School is choosing a path that takes its direction from both of his parents’ careers.

Caleb McCreary, Ole Brook’s STAR Student, wants to be a pediatric surgeon. His father, Rob McCreary, is the longtime Mamie Martin Elementary principal who now serves as director of federal programs for the Brookhaven School District. His mother, Melainie McCreary, is a surgical nurse at King’s Daughters Medical Center.

“I want to combine those things they taught me to have a heart for and love,” he said.

McCreary scored a 34 on his ACT his junior year and will be recognized by the Mississippi Economic Council and its M.B. Swayze Foundation in the Student-Teacher Achievement Recognition Program. He chose Leah Ann Peavey as his STAR teacher.

The senior tied with Christopher Robinson and it fell to a tie-breaker to put McCreary over the edge, he said.

He and Robinson will be roommates at Mississippi State University and both plan to go into the medical field. McCreary is majoring in biomedical engineering with plans to go to medical school with a focus on general surgery and a specialty in pediatrics. Robinson wants to pursue medical research.

“He’ll probably come up with the thing that I’ll be doing,” McCreary said.

Both young men, along with Will Moak, were in Peavey’s first year polymer science class. This is the third year for the class and it’s one of only nine poly-sci classes taught in the state.

He said he is thankful for the teachers at Brookhaven High School and for the district, which gives students a chance to push themselves by taking advanced classes.

He is filled with admiration and respect for Peavey for teaching her students skills that go beyond learning polymer science.

“She taught us to be so thorough,” he said. “Her tests, you’d sit down and it would be five open-ended questions and you just had to know it.”

He said he applied what she taught them to his other classes and to life.

“I started to be so much more successful and I did so much better just by applying the level of thoroughness she taught,” he said.

“That’s where the future is,” she said. “The kids have to be able to think and solve problems. We’ve got to make the subject matter relevant to the kids and my curriculum does that. That’s the way I approach it. I just try to bring everything to life.”

She will be sad to watch Moak, Robinson and McCreary graduate, but will be proud at the same time. Those three are special because they were in her first poly-sci class.

“I feel like a proud mama. I love those kids,” she said.

Having McCreary choose her was a huge honor.

McCreary first took the ACT in the eighth grade, scoring a 27. He made a 28 his ninth-grade year, and a 29 as a sophomore. He took it for the final time his junior year, earning a 34.

He credits the higher final score with having more advanced math classes under his belt and practice sessions.

“I just kind of winged it the first three times,” he said.

Before taking the test his junior year, he bought an ACT workbook and took timed practice tests. Then he took the problems he missed and studied those concepts in more depth.

“I isolated what I needed to work on and it paid off,” he said.

Though a 36 is possible, McCreary is OK not pursuing it. He was able to get his tuition to MSU and his first year room and board covered and he’ll use other scholarships to pay for the other three years’ housing.

He advises students not to rely on an ACT score to pay for college.

“It will only take you so far. It doesn’t assure a free ride with a high score,” he said. “It’s not everything. You’ve got to be well-rounded in other ways.”

McCreary is also student body president and an Eagle Scout. He was on the state championship cross country team and is active with the youth program at Faith Presbyterian. He works a part-time job at Brookhill on Natchez, keeping the courts and pool in tip-top shape.

He doesn’t plan to work in college so he can concentrate on his studies, but having a job while in high school was essential to help grow his savings account, put gas in the car and “do things high school students do,” he said.

“I think everybody should have a job,” he said. “I don’t like to have idle time. I’d just be sitting around if not for this.”

Mississippi’s legislative session ended Wednesday in anti-climax. The gavel struck down for the last time to send lawmakers home for... read more