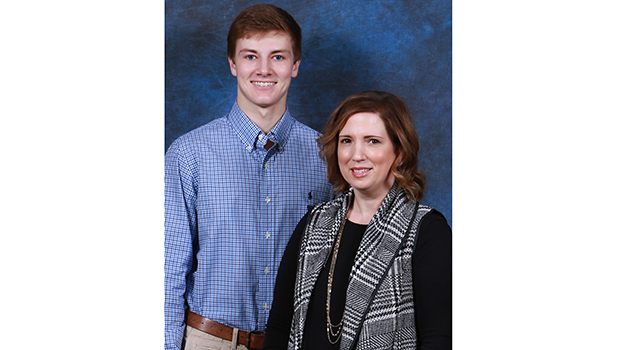 Felder is STAR at Brookhaven Academy

A Brookhaven Academy senior who aced the science portion of his ACT chose his biology instructor to share his accolades.

He and his STAR Teacher, Leslie Hood, will be honored today during the annual Education Celebration at the Jackson Convention Complex in Jackson.

Felder scored a 32 on his final attempt taking the ACT at the start of his senior year. He’s taken it several times — 10 to be exact — since his freshman year. He started with a 21 in the ninth grade.

“I was trying to get as high as I could,” he said. “They offer it four or five times a year. All our teachers stress to us that the ACT is a really big deal.”

He was able to get a 36 in the science portion, which helped raise his composite score, he said. With the 32, he’s been accepted to Mississippi State University and has been able to secure several scholarships.

He wants to study biomedical engineering with plans to follow in his father’s footsteps and become a dentist.

He wants to attend dental school at University of Mississippi Medical Center.

He said dentistry has long been an interest.

“I’ve grown up around it. It seems real fun to me,” he said.

Felder said Hood helped him improve his score in science on the ACT.

“And she’s a nice teacher,” he said. “I’ve always done well in her class. She inspires me.”

Hood said the same about her student. She has had Felder in three classes — freshman and sophomore biology and dual-enrollment biology for college credit through a partnership with Copiah-Lincoln Community College.

“He wants to be a dentist someday so he’s well on his way to meeting his career goals,” she said.

This is Hood’s sixth year teaching at BA, but her 14th year in education.

She was surprised he chose her as his STAR Teacher, a recognition she has not previously received.

She questioned him about it.

“He said, ‘But I made a 36 on the science section. How could I not choose you?’” she said. “We have so many great teachers at BA. That’s why I was surprised.”

She said it has been a great experience teaching Felder.

“There are some students where you can almost see their minds working,” she said. “He’s a thinker and I can tell when he’s contemplating things we discuss.”

He said he makes his classwork look easy because of his ability to think through a problem.

“He’s exceptional. He’s who every teacher dreams of having in a classroom,” she said.

He has won several academic and athletic honors including Mr. Brookhaven Academy, Most Sophisticated and Most Likely to Succeed.

Andi Cotten plays for fans recently at the spring premiere of Music and Art in Trinity Park. Artists are encouraged... read more