A Loyd Star history teacher thought Bryson Brister was a star long before the Mississippi Economic Council gave him that designation.

Brister, the son of Dale and Gwen Brister of Loyd Star, is the school’s STAR Student with an ACT score of 31. He chose Becky Barron as his STAR Teacher. The two were recognized Thursday in Jackson by the Mississippi Economic Council M.B. Swayze Foundation, which sponsors the Student Teacher Achievement Recognition program.

“Bryson is every teacher’s dream student,” she said. “He is polite, prepared and of course, he is absolutely brilliant, but his work ethic is what sets him apart from the average student. He is just exceptional in that regard.”

Barron taught Brister for U.S. History previously, and government and economics this year.

She expects the teen to enjoy a bright future and anticipates he will succeed at any endeavor he attempts.

“He’s self motivated,” she said. “He’s just the model student, really. If there’s any downtime, he’s got something on his desk studying,”

She said he hates to miss school.

“He’s missed field trips before because he doesn’t want to get behind,” she said. “He wants to make sure he’s as close to perfect as he can be.”

Brister has a 4.0 GPA and is the class valedictorian.

He is one of 16 seniors from across the state selected as Lindy Callahan Scholar-Athletes for 2018. The honorees — one boy and one girl from high schools in each of the MHSAA’s eight geographical districts — were chosen for their academic accomplishments as well as their participation in high school athletics and extracurricular activities.

He’ll be honored Monday in Jackson for that award, which comes with a $1,500 scholarship.

He plans to attend the University of Southern Mississippi to pursue a degree in biomedical sciences then attend University of Mississippi Medical Center School of Medicine in Jackson. He wants to be a doctor, but has not decided on a specialty.

Though his career path is taking a scientific direction, he chose a history teacher to receive the STAR award with him.

He said he liked how she interacted with her class.

“Rather than just getting notes, she taught us,” he said. “She knew exactly what she was talking about. I felt like I’ve learned the most in her classes.”

Brister took the ACT 10 times to score 31. He suggests that students take it as often as they need to in order to get a score that can secure the most scholarships.

“Study and try your best and take it as many times as you can,” he said. 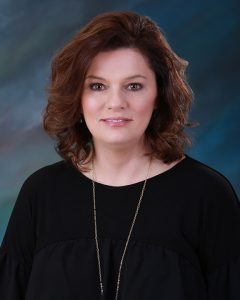 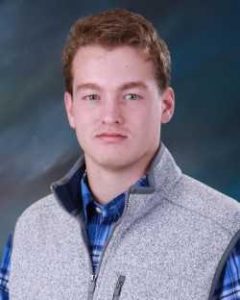 Sen. Sally Doty, R-Brookhaven, will end a week-long campaign tour today with a meet-and-greet in her hometown. Doty covered all... read more