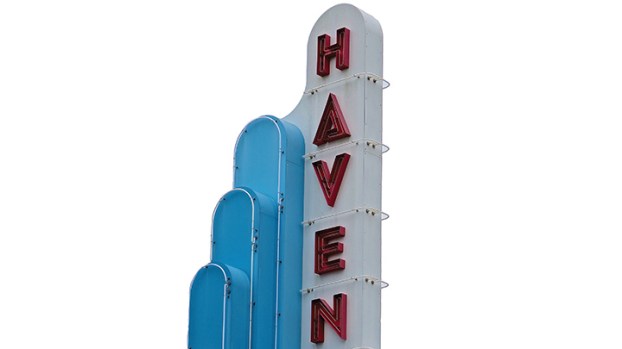 BLT seizes the season at The Haven

The Brookhaven Little Theatre plans to deliver a stellar season, which will be revealed Aug. 11 during the second annual Haven Awards.

Admission into the reveal party is free, but a $5 donation at the door is suggested.

Popcorn and water is complimentary before the show, as is a champagne toast and dessert bar after the show.

The BLTeens and the Haven Kids will perform excerpts from their recent musicals, “Grease” and “The Lion King.”

The winners of the Haven Awards will also be announced. This is the second year for the awards, which are BLT’s version of the Tonys.

“The whole purpose behind presenting the Haven awards, it’s all in fun, and it’s merely meant to motivate and to reward,” said BLT managing artistic director Emily Waterloo. “We appreciate everybody who is part of every show.”

Season tickets will be available to the general public a week later.

Dates for “Disney’s Newsies: The Broadway Musical” have already been announced. The names of four more shows, including the camp performances by BLTeens and Haven Kids, will be revealed at the party.

“Newsies” is the first show of the season with auditions set for today and Sunday at the Haven. Dancers will audition today and vocalists will follow Sunday.

The show, about newspaper delivery boys on strike in New York City at the turn of the century, is set for Oct. 4, 6 and 7 and Oct. 11, 13 and 14. No productions are set for Friday because of football season, Waterloo said. They’ll likely add Saturday matinee shows as well, she said.

Four other shows will complete the season — Christmas, spring, BLTeens and Haven Kids.

Behind-the-scenes tours of the Haven will be available before the reveal party.

Waterloo said the purchase of season tickets gives the BLT volunteers a jump start in revenue for the beginning of the season. The money is used for paying royalties and licensing and reservation fees, which can run as much as $25,000 for a season. That gives them access to scripts and logos and permission to perform the show for a set number of productions. Music scores are not always included in that cost, she said.

While ticket sales provide the revenue for the season, the BLT board relies on grants and donations to continually renovate and improve the historic theatre.

The “Save the Haven” fund is an easy way to donate, she said. Information is included on the season brochure which will be sent out after the reveal to everyone on the BLT mailing list.

The board recently remodeled the backstage area, which BLT is renting from Compassus of Brookhaven, a hospice care office located next door. The space was previously used by Compassus for storage.

BLT created a 10-foot opening through a storage closet that connects the stage area to the new space, which includes two bathrooms, a dressing room and a large area for creating props and sets. They have space backstage now to set up sewing machines to fix costumes during shows and store props from scene-to-scene, Waterloo said.

They’re also using a Mississippi Arts Commission grant for $17,400 as seed money to complete the Marquee room, which will be used as a rehearsal hall with mirrored walls. The room, when completed, will also be used to host BLT events outside the auditorium like more intimate, dinner theatre shows.

“It will give us a place to define and grow our education outreach program,” she said.

For more information about donating to the Haven or tickets for BLT productions, visit www.haventheatre.org.

Chris and Lynn Burke announce the engagement and upcoming wedding of their daughter, Paige Smith of Brookhaven, to Christopher Viramontez... read more