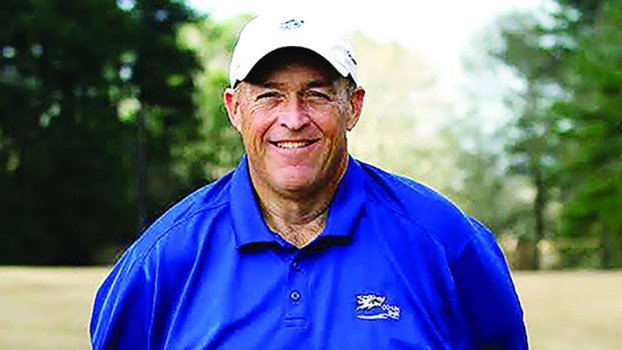 Ross started at Co-Lin when the golf course was being constructed, coming on as head golf pro and coach and “other duties as assigned,” he said.

“It was a blessing to be able to come back to where I was born and do what I do,” said Ross. “Very few golf professionals get to do that and Co-Lin has always been my home, been great to me. I have absolutely no ill will toward them at all.”

Ross said he wasn’t looking to leave the college, but is excited about the new path before him.

“The Good Lord let (this opportunity) fall in my lap,” he said.

As of Aug. 15, Ross’ new job is as the PGA director of golf and general manager of Quail Hollow Golf Course at Percy E. Quin State Park in McComb.

“The potential is through the roof here. It’s so beautiful — the landscape, the population. I work for Scenic Rivers Development Alliance, an economic development group. The plan is to get as many people drawn to this area as possible, and they want to use Quail Hollow as a drawing card,” he said.

With the goal of making the Hollow a golfers’ destination in the South, Ross has led in a total rearrangement of the clubhouse and is moving toward course maintenance issues.

“The golf shop is now right as you walk into the clubhouse, so we can welcome people,” Ross said. “Now we’re going to attack some drainage problems, some weed problems. But the course is pretty darn good as we speak.”

Craig Hennington, a Wesson native, has taken over the Wolves golf team as head coach after serving as a volunteer assistant for 11 seasons. Hennington played on the Co-Lin golf team two years, and served as head golf coach at Sumrall Attendance Center after completing degrees at the University of Southern Mississippi and William Carey College.

Hennington was head junior high football coach and assistant high school coach at Enterprise Attendance Center 1997-1999. He has since worked as a mathematics instructor at Co-Lin, and has served as past president of the Wolf Hollow Golf Association.

Brian Nobile, athletics director for Co-Lin, said, “The transition from Ronny to Craig should be a good one. Craig’s knowledge of golf is very comparable to Coach Ross’.”

“I’m really looking forward to a great season,” Hennington said. “We have some talented sophomores returning in Lucas Brewer, Bryce Chapman and Cameron Little, and I’m expecting a lot of leadership out of these players. We also have seven incoming freshman that have already shown tremendous potential. These guys are great ball strikers and look to shake up our lineup with stiff competition.”

The Wolves tee up the season Sept. 22 at the Eagle Ridge Golf Club in Raymond. 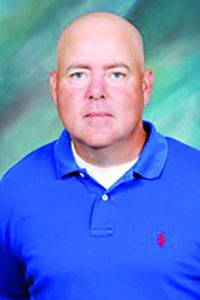