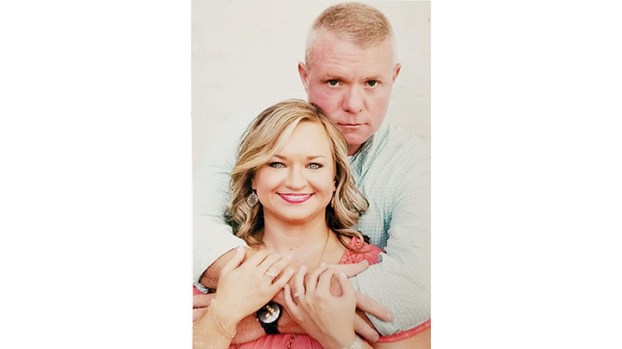 Phil and Jeanette Smith, of Brookhaven, announce the engagement and approaching marriage of their daughter, Erica Lain Smith, of Starkville, to Ryan Dwayne Johnson, of Caledonia.

He is the son of Danny and Karen Johnson, of Conway, South Carolina.

She is the granddaughter of Aline M. Lowe and the late A. J. “Jack” Lowe, of Brookhaven, and the late Hosie and Doris Smith, of Union Church.

He is the grandson of the late Estel and Lucille Johnson, of Richlands, Virginia, and the late James and Carrie Absher, of Raven, Virginia.

The prospective groom is a 1995 graduate of Richlands High School, Richlands, Virginia.  He received his associate’s degree in aircraft safety systems in 2012. He is a Master Sergeant in the United States Air Force and is presently stationed at Columbus Air Force Base.

The couple will exchange vows Saturday, Nov. 10, 2018, at noon at the Chapel of Memories on the campus of Mississippi State University with a reception to follow at Restaurant Tyler, Starkville.  The couple will make their home in Caledonia.

Hi all. Just a thought. Have you ever wondered what a dog might do if it ever caught its own... read more