The only suspect in the murder of two Brookhaven police officers has returned to prison after a more than two-week stay in a Jackson hospital.

Mississippi Highway Patrol spokesman Capt. Johnny Poulos said 25-year-old Marquis Aaron Flowers, of Brookhaven, is currently recovering from gunshot wounds in the infirmary at the Mississippi State Penitentiary in Parchman after the Mississippi Department of Corrections revoked his parole and returned him to state custody. MDOC said in October Flowers’ parole was cancelled for possession of a firearm and pending charges of capital murder related to the deaths of Brookhaven policemen Zach Moak and James White, who were killed in the line of duty at dawn on Sept. 29.

The Mississippi Bureau of Investigation is handling the case, and Poulus said charges are expected at the conclusion of the investigation. Flowers remains the only suspect, he said.

MDOC’s website shows Flowers has been in Parchman’s hospital unit since Oct. 17. He’s currently serving out a six-year sentence for multiple charges of burglary of a vehicle with a tentative release date of March 2020.

Flowers was hospitalized after being arrested at a residence on North Sixth Street in Brookhaven early on Sept. 29 following the shooting deaths of Moak and White. The officers responded to the home on a report of “shots fired” and found a bullet-pocked Cadillac Escalade with blood in the driver’s seat.

Brookhaven Police Chief Kenneth Collins has said Moak exchanged shots with a suspect before his death, though it remains unclear who opened fire on the vehicle before police arrived and whose blood leaked out onto the seat. MBI does not comment on active investigations and has denied multiple requests for details.

Flowers was out on parole at the time of the shootings after the state parole board released him a year ago.

Court records show he was released from the Adams County Jail on May 3 after posting a $50,000 bond set by judge Al Johnson on charges of taking away a motor vehicle and four counts of burglary of automobiles stemming from separate thefts in Natchez in February 2017. Deputies say Flowers initially escaped capture in a high-speed chase, but later surrendered himself at the Adams County Sheriff’s Office.

The court filed a bench warrant for Flowers’ rearrest on Aug. 6 after he failed to show up at a court appearance.

Court records also show Flowers had been indicted Jan. 8 in Adams County on the charges from February 2017. At the time of his arrest then, he was reportedly wearing an ankle monitor after being released on probation in January 2015 from his sentence for the 2010 burglaries. 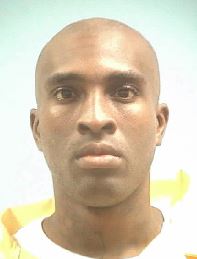 The cookies will be out, the sales will be plenty and the Junior Ambassadors and Miss Merry Christmas Aly Floyd... read more