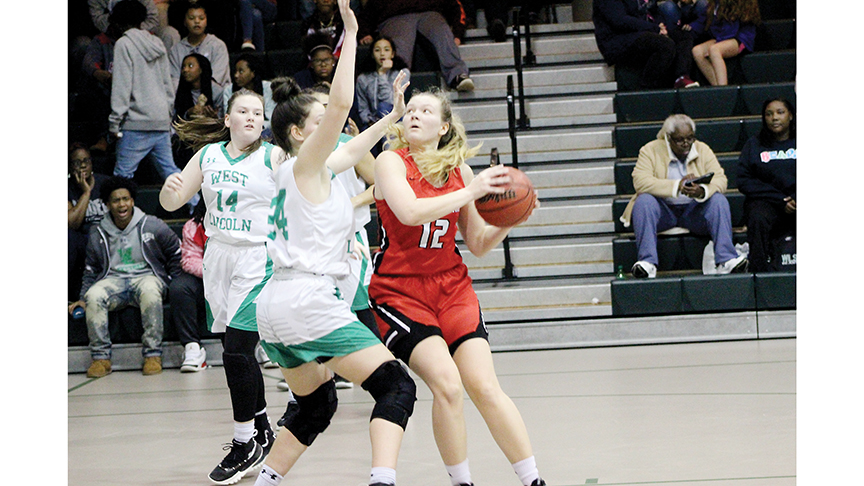 Earlier in the week West Lincoln super-fan Karen Adams passed away after a car accident on Highway 84. Adams is the mother of former Lady Bear basketball players Kala Adams and Karla Adams Gerald. She is the grandmother of current West Lincoln senior Megan Gerald.

Adams followed the Lady Bears like a hawk and was known as one of the strongest supporters of the team.

“Wherever we played, she was there,” said West Lincoln head coach Brooks Smith. “She was one of our most faithful fans.”

In a beautiful description of her life, Adams’ obituary said that of her grandchildren, “every ballgame, awards day, and milestone, she was always there to make sure she could be the biggest supporter she could be.”

Prior to tipoff Gerald and her teammates honored “Mawmaw K” by each placing a rose on her green stadium-seat that was left empty in her traditional position in the gym — at the top of the home bleachers near half court.

In early December West Lincoln and Loyd Star met in the county tournament and the Lady Bears scored a 61-37 win.

On Friday Loyd Star came out with a game plan to speed West Lincoln up as they pressured the Lady Bear ball handlers in the full-court.

Loyd Star led 14-11 after the first quarter as the Lady Hornets were paced by eight points in the period by Carly Beth Wallace. Wallace and the LS offense kept the ball moving against the bigger West Lincoln zone. The ball would eventually find an open Wallace and she came out hot to pace her team. Wallace finished the night with 12 points.

Things began to turn in favor of the home-team in the second quarter. With four minutes until halftime and her team leading 20-17, Loyd Star head coach Christi Terrell was called for a technical foul.

Terrell wasn’t being demonstrative, but instead standing with crossed arms when the ref T’d her up.

Loyd Star point guard Aubrey Britt went to the bench with three fouls during that time and the Lady Bears would take their first lead of the game — 21-20 — on two Skylar Hall free-throws with three minutes until halftime.

“Aubrey going to the bench during that stretch hurt us,” said Terrell “We couldn’t pressure them like we had with her out.”

West Lincoln led 27-20 at halftime as the Lady Bear offense began to get easy buckets in their transition offense late in the second quarter. WL also got a boost in that period from substitute Brittany Sturkey who came off the bench to score six points. Sturkey finished with 16 points on the night.

In the second half the Lady Bear offense began to start knocking down perimeter shots as they steadily stretched their lead. Elizabeth Stogner of West Lincoln scored 10 second half points — all from the perimeter — as the Lady Bears began to break down the LS zone defense.

Stogner’s set shot begins somewhere around her hip and ends with her floating the ball out in an upward motion that has undoubtedly been honed by hours of practice and repetition.

Senior forward Katelyn Dickerson is another member of the green and white that got hot in the second half as she scored 14 points after halftime on the way to a game high 21-point, 10 rebound effort.

With one-minute remaining Smith subbed Gerald out. She went directly to the end of the bench to her brother Tucker, who serves as a manager for the team. Tucker handed her a cup of water as a large group of their extended family and Bear fans clapped and cheered for “Mawmaw K”’s favorite team. 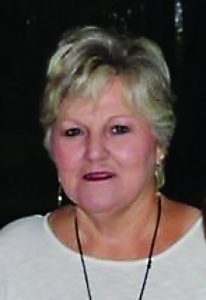