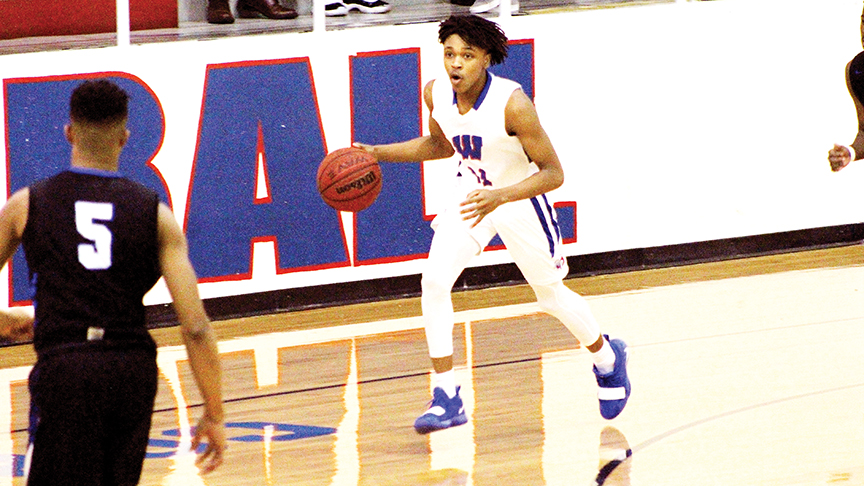 Here is a roundup of how area high school basketball teams finished in Friday night action.

Brookhaven Academy hosted East Rankin on Friday night and for the second time this season the Lady Patriots edged out the Lady Cougars in a close game. BA built a 16-point halftime lead before an East Rankin comeback pushed the visitors from Pelahatchie to a 64-45 overtime victory.

In the boys’ game the Cougars had their third meeting with the Patriots and like the previous two games, BA (21-3) took a comfortable win — 64-45.

Enterprise dropped a pair of games in Liberty on Friday as they took on the Amite County Trojans. In the girls’ game the score was tied 18-18 after three quarters before the Lady Trojans took a 32-29 victory. Earlier this season the Lady Jackets (6-13, 1-4) defeated the Lady Trojans 38-26 at Enterprise.

In the boys’ game Amite County continued to strengthen their position as the third-place team in Region 7-2A with a 66-53 win over the Jackets (4-15, 0-5). Enterprise led 18-10 after the first quarter, but a big Amite County second quarter where they outscored the Jackets 22-8 put ACHS in control of the game.

On Friday the Bears stepped out of region play for the final time this season as they traveled to Rankin Count to take on the Pelahatchie Chiefs. On Jan. 8 West Lincoln swept the Chiefs in a pair of games at Flea Hop, but this time PHS got revenge by winning both games.

The Cougars of Lawrence County picked up two more division wins as they swept Purvis High on Friday in Monticello. Coach Pat Bridges and his boys’ team took a 50-22 win over the Tornadoes. The Cougars (10-12, 5-2) further cemented their positions as the second-place team in the Region 7-4A standings.

On the girls’ side the Lady Cougars (15-7, 6-1) trailed 13-9 after the first quarter and were tied at 20-20 with Purvis at halftime. A huge third quarter — 18-2 — pushed LC to a 45-29 win. Coach Vicki Rutland and her crew sit solidly at the top of the table in their division standings as they share an identical record with Greene County. Lawrence County hosts Sumrall tonight and Poplarville Friday.