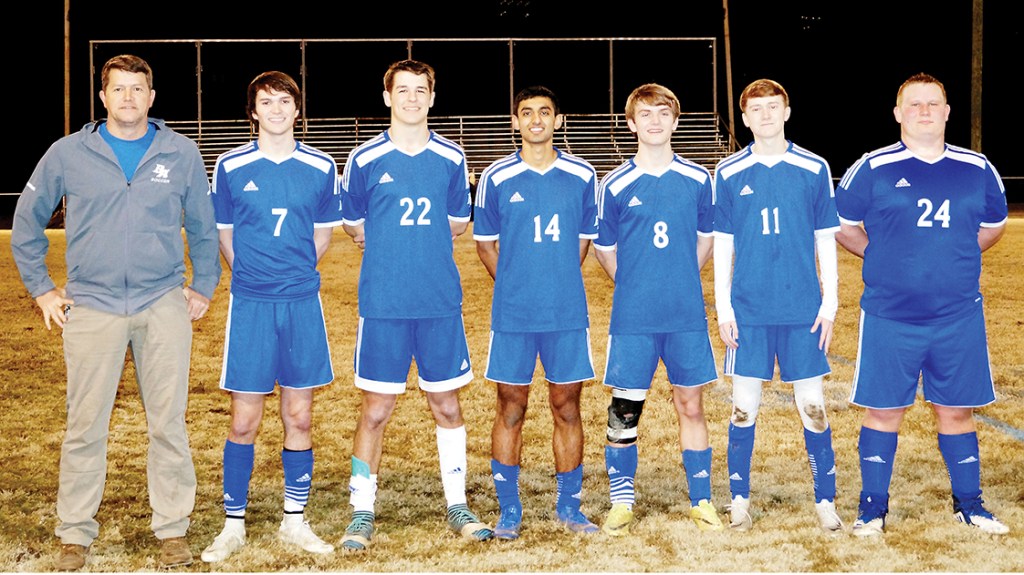 Although the Cougars missed this year’s playoffs by one game, BA finishes their soccer season with an 8-7 overall record.

“Very excited about the win over ACCS tonight,” Cougars coach Clint Rounsaville said. “It was good to finish the season with the win over our biggest rival. We were led by our four seniors tonight. Keegan Smith, Carson Rounsaville, Cole Griffen, and Harprett “Sunny” Singh led the way for us and were the key to the victory.”

ACCS jumped out in front early but were unable to stay in the lead as BA answered for three straight goals. In an emotion filled second half, BA would score their fourth goal, making the Rebels play catch up.

Although both teams pressed the ball down the field early in the game, neither team could take advantage, as the opposing teams defense was able to clear out the ball.

The Rebels eventually made their way past the BA defenders as they were able to score the game’s first goal.

Following the goal, BA had several chances to tie up the game but couldn’t get the ball past the ACCS goal keeper.

The Cougars eventually broke down the Rebels defense as Smith, BA’s all-time scorer with over 50 goals, managed to tie up the game at 1-1.

Smith would soon score his second goal of the half, getting the ball past a sliding stop attempt by the Rebel goal keeper.

Singh would then tack on a goal to give the Cougars a 3-1 lead going into halftime.

After a lengthy defensive battle to start the second half, Smith would score his third goal of the game as he broke past the Rebels defense and earned a hat-trick in his final match wearing the blue and white.

Emotions would start to ramp up on both sides as the game started to wind down, with the officials having to step in several times to warn players to calm down.

With under two minutes of play, ACCS was finally able to end their scoring drought and post the final goal of the night.