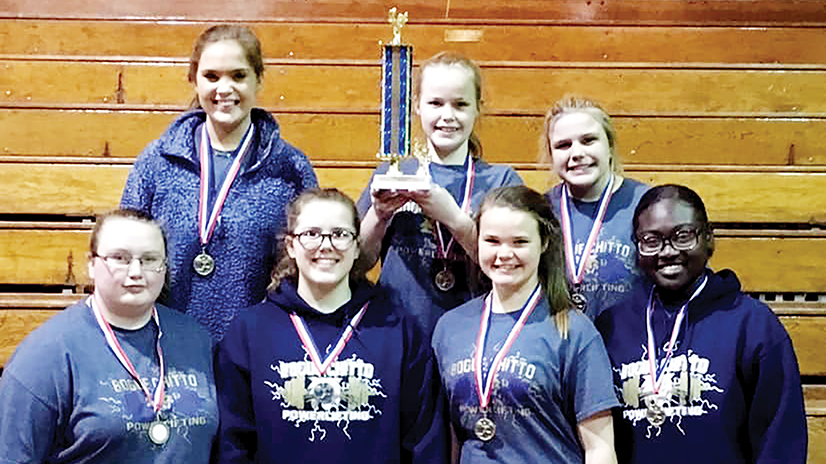 Bogue Chitto grabbed 47 points and was followed by West Lincoln with 36 points and Lumberton with seven.

“I’m proud of the girls’ efforts,” said Bogue Chitto coach Chad Norton. “They’ve been working hard in the weight room and were looking forward to showing off those efforts at the meet.”

The win was a second straight region title for the Lady Bobcats.

The south state meet will be held at Bogue Chitto on March 7 with lifting beginning at 4 p.m.