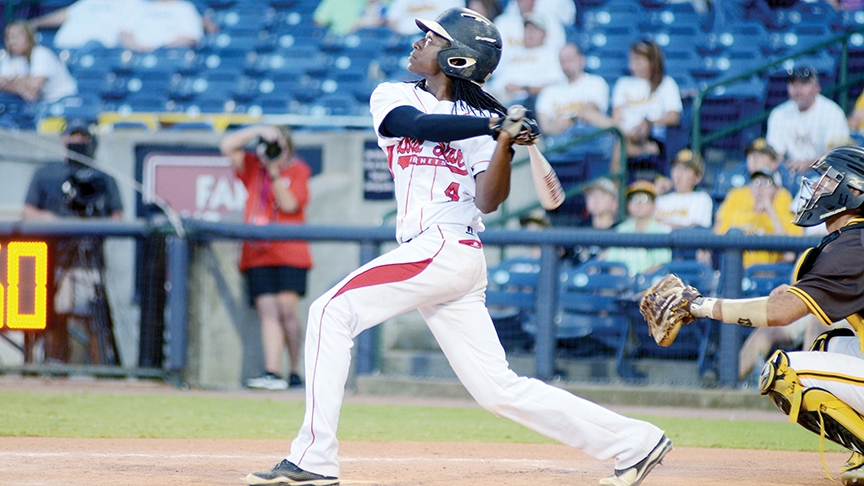 Here’s a look at how area high school baseball teams came out on Tuesday night.

The pair met Feb. 16 in a jamboree game that BC won 6-5. Tuesday, LS pitcher Dylan Case tossed a no-hitter and struck out 10 Bobcats while walking two. The single Bogue Chitto run was unearned.

Senior James Beard was equally as impressive at the plate for the Hornet offense. Beard was 4-for-4 with five RBIs and three runs scored. The speedy Beard showed power by hitting two home runs and a double.

Dane Smith and Stephen Mills had two hits apiece for the Hornets. Logan Smith, Brent Cade and Case all had one hit apiece. Case helped his cause by driving in two runs. Smith, Mills, Cade and Rials Hester had an RBI each.

Loyd Star broke open a 1-0 game with seven runs in the top of the third inning off of Bryce Langley. Langley gave up 11 hits but only five runs were earned as the Bobcats committed two errors.

Coach Seth Lofton and his Cobras (3-2) went to Meadville on Tuesday and spanked the Franklin County Bulldogs 16-1.

Cade Lowery, McInnis and Derek Freeman all hits doubles for Wesson. Slay Acy, Aaron Mooney, Lowery and Freeman all had one RBI each.

McInnis also picked up the win on the mound after going three innings and scattering four hits. Bizot struck out three in two innings of work on the mound.

“The boys played pretty good,” said Lofton. “We put the ball in play a lot and were solid defensively.”

The Cobras are scheduled to play Region 7-3A foe Columbia Saturday at 1 p.m., weather permitting.

The Panthers (2-3) didn’t need long to get a 21-0 win over the Tylertown Chiefs on Tuesday at Moyer Field. They’ll return the game to Tylertown tonight.

In the win Byrion Robinson, Lane Smith and Sevante Quinn all had two RBIs apiece for coach Matt White and his team. Robinson pitched a no-hitter and struck out eight in three innings.

“We faced probably eight different guys between those three teams that have a future as a Division I baseball player,”  said White. “Greenbrier is a very good program that has a third baseman that has signed with Arkansas and will probably be a third round MLB draft pick. We saw some really good competition, but we didn’t respond like we were capable of either.”

Against University Lab the Panthers got a solid pitching effort from Quinn — who only gave up one earned run — but were undone by seven errors in the field.

“We walked 17 guys and hit five other batters during the weekend,” said White. “Our kids know you can’t beat a bad team, much less a good team, if you’re putting people on free bases.”

Tuesday night was a roller coaster of a game for the Brookhaven Academy Cougars (1-3) at Centreville Academy.

“We were down 9-0 going into the fifth,” said BA coach Tyler Parvin. “We came back to tie it at 9-9 heading into the seventh. Lost the game 10-9 on a walk off in the bottom of the ninth.”

The Cougars outhit the Tigers 10-4. What did BA in were four errors and 13 walks issued.

Brady Spring homered for BA and drove in four RBIs on a 4-for-5 night. Tanner Watts punched in two RBIs while Judson Griffin and Dawson Flowers had one RBI each. Collin Waldrop and Caston Thompson also hit safely for the Cougars.

Flowers was charged with the loss in relief after giving up an unearned run. BA plays Parklane in a home game tonight at 6:30 p.m.