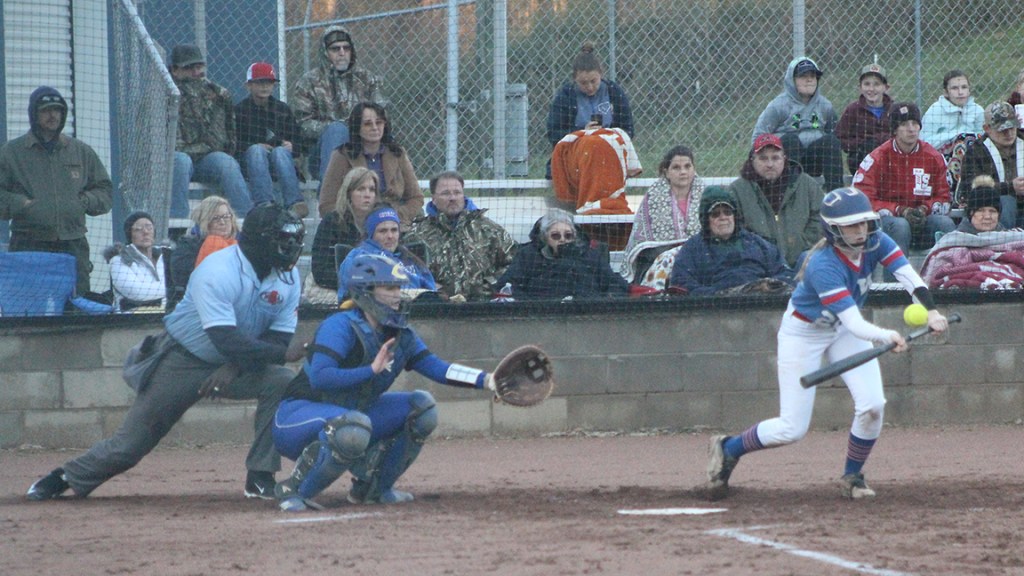 Here is a look at how area softball action played out Tuesday night.

The Lady Cobras (2-0) wasted no time Tuesday as they jumped up 4-0 after two innings on their way to a 6-3 win over the Columbia Lady Wildcats (1-2) in Wesson.

Junior Shelbi Maxwell went 3-for-3 with a stolen base for coach Michelle Nunnery. Fellow juniors Anna Claire Crow and Catherine Wilson had two hits each for the Lady Cobras. Natalie Bonds hit a double while Chloe McManus and Laynee Crapps added one hit apiece.

Crapps picked up the win in the circle by scattering seven hits and striking out five.

Columbia pitcher sophomore Kacey Stampley is a quality high school arm, but the veteran Lady Cobra lineup wore her down with patient at-bats and timely hits.

“It was a very good win for us against a challenging pitcher,” said Nunnery. “Very proud of the effort we got while playing in the elements. The girls are hungry and have the goal of playing for a title this season. We’ve got to keep working and improving every day in practice.”

Wesson returns to action tonight when they travel to Loyd Star for a 6:30 p.m. matchup with the Lady Hornets (2-2). Wesson won their previous matchup this season 5-0 on Feb. 26.

Coach Andrew Redd saw his Lady Bears (5-0) knock off 5A Brookhaven High (1-2) Tuesday by outhitting the homestanding Lady Panthers 10-4. WL got one run in the second, four in the third and three in the fourth to build a lead in an eventual 9-2 win over BHS.

Morgan Newman went 3-of-5 at the dish to lead the Lady Bear offense. Newman, Adi Paden, Micah Powell, Maddox Redd, Deanna Lofton and Madison McNatt all had one RBI apiece for the green and white.

Averi Paden hit a double for WL and pitched six innings. She gave up two unearned runs while striking out six.

BHS got two hits and an RBI from Kat Wallace.

“We’ve played really well so far this season against some good teams,” said Redd. “I thought our girls played hard against Brookhaven even with the weather being so cold. They played together and did a great job pitching and hitting. Our defense also did an amazing job of shutting down some possibly big innings.”

West Lincoln beat Puckett 10-2 Monday in Rankin County. In the win over Puckett the Lady Bears ran out to a 3-0 lead after the first inning.

The Paden sisters split time in the circle with Averi throwing 66 pitches in 4.1 innings of work. She gave up two earned runs while striking out five and scattering eight hits. Adi Paden tossed the other 2.2 innings and struck out one while surrendering two hits.

The final pre-spring break game of the season for the Lady Bears will be a Friday home game against Salem that begins at 6 p.m.

Brookhaven dropped a 13-3 loss to 6A Pearl earlier in the week at Hinds Community College in Raymond. BHS travels to Natchez on Friday for a 5 p.m. matchup with the Lady Bulldogs.

Aly Floyd got the pitching win after scattering 11 hits and six earned runs over 5.2 innings of work.

After playing Wesson tonight the Lady Hornets are scheduled to travel to Puckett Friday for a 6 p.m. start.

Ashley Holden pitched the win and only gave up one earned run while striking out six and walking four.

The win was the first division win of the season for LC as the Lady Cougars are back in Region 7-4A play on Thursday when they host Greene County for a 6 p.m. first pitch.

Lawrence County is scheduled to host their annual tournament on Saturday that includes many area teams, but current weather forecasts have a nearly 100 percent chance of rain on that day.