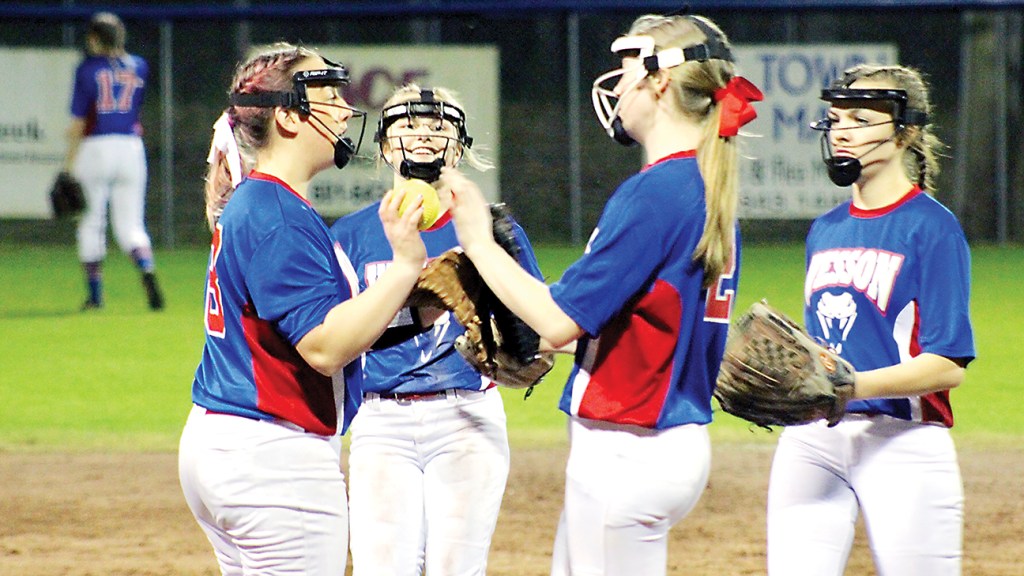 Photo by Katie Furr The Wesson Lady Cobras are 2-0 on the week after wins over Warren Central and Tylertown. They host Puckett on Friday before playing a pair of games in Ellisville on Saturday in the South Jones Tournament.

Here is a look at how area teams played in Tuesday softball action.

The Lady Panthers (4-6-1) picked up their second straight win with a 15-3 whipping of Natchez Tuesday. The win was a region victory for Coach Mandy Vinson and her crew. Wingfield and Forest Hill — region members in basketball and baseball — chose not to field softball teams this season. BHS beat Natchez 19-1 earlier this season.

The Lady Panthers saw Natchez jump out to a 2-0 lead before BHS took control with six runs in the first, one run in the second and eight runs in the third inning.

Meg Foster got the win in the circle after giving up one hit and one earned run in three innings. Kaysha Register started the game and allowed two hits and two unearned runs on 25 pitches.

The Wesson Lady Cobras (5-1-1) defeated Tylertown 14-0 Tuesday night. It was the second win of the week for Coach Michelle Nunnery as her crew took down Warren Central 8-5 Monday.

Crapps picked up the win after striking out 11 of the 16 batters she faced. She gave up three hits in four innings.

Wesson hosts Puckett Friday at 6:30 p.m. Saturday the Lady Cobras play against Purvis at 11 a.m. and Lake at 3 p.m. in the South Jones Tournament.