FCA is getting ‘Inky with it’ at annual banquet 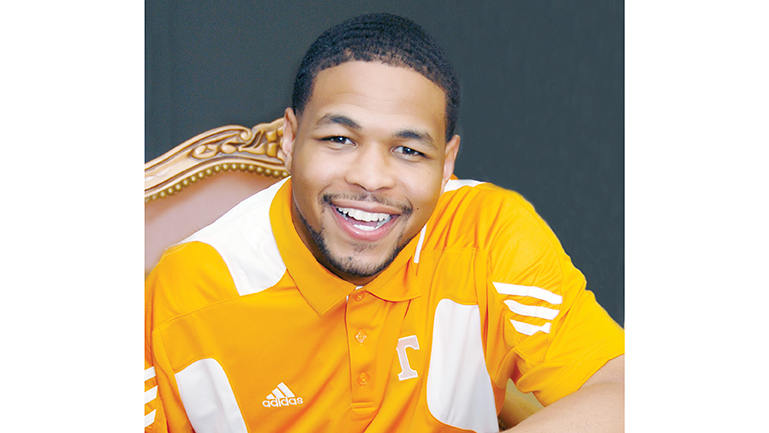 Chris Huffman is excited about Inky.

Inquoris “Inky” Johnson is the guest speaker at the upcoming third annual Fellowship of Christian Athletes banquet, scheduled for April 11. The event begins at 6:30 p.m. at Easthaven Baptist Church. Huffman is the FCA District 7 representative and the person responsible for getting Johnson to Brookhaven.

Johnson is a former University of Tennessee football cornerback. At age 20, he was injured during a Volunteers football game in what should have been a routine tackle.

But Johnson suffered a paralyzed right arm — just a few games away from being a first-round NFL draft pick — and he has lived with daily pain and physical challenges ever since that day in the fall of 2006.

Though his injury permanently sidelined him from his dream of playing the game of football professionally, he did not allow it to sideline him from his goals to be successful, persistent and used by God.

“People get upset not because of the adversity they face, but because their adversity reveals who they really are,” Johnson said in his blog.

Johnson earned a master’s degree in sports psychology from UT and spends much of his time mentoring athletes and underprivileged youth all over the nation.

He’s just the kind of person to follow in the footsteps of previous banquet speakers Bobby Bowden and Bill Curry, demonstrating that faith is not just something to be talked about, but a system by which one lives out his or her life.

“It’s unique — the cool thing about the Christian faith is it’s a journey,” said Huffman.

The ministry is about evangelizing and discipling, he said — introducing people to a saving knowledge of Jesus Christ and then walking with them on their spiritual journeys. He’s seen more than 30 college students commit their lives to Christ during recent events. He meets regularly with student athletes from middle school-age to college level, working on leadership development.

“We’re unifying,” he said. “There’s only one way we can unify, and that’s through Jesus, the bridge for it all. FCA is the vehicle we’re able to do that with, since so many students play sports.”

The annual banquet is FCA’s only fundraiser. Huffman said it supplies funds to pay for leadership camp, provide coaches for clinics and distribute Bibles. And costs don’t tend to go down, especially when the ministry is expanding.

District 7’s focus is intended to be on 10 schools. Right now they’re serving 33, and looking at hiring more representatives to help with the task.

He said that’s what it takes in order to build relational equity with students and coaches and to earn the right to speak truth into their lives. This “incredible ministry” and “blessing” that the banquet is, said Huffman, goes a long way to help make the ministry’s goals into realities.

Individual tickets for the banquet start at $100, and ticket sales are tiered to full-table levels that include a meet-and-greet with Johnson. For ticket information or purchase, Huffman can be reached at 601-278-2253.

“They’ve got to get them quick,” he said. “They’re going pretty fast.”