Coaches of the Year: Smith and Wilson lead dominating teams 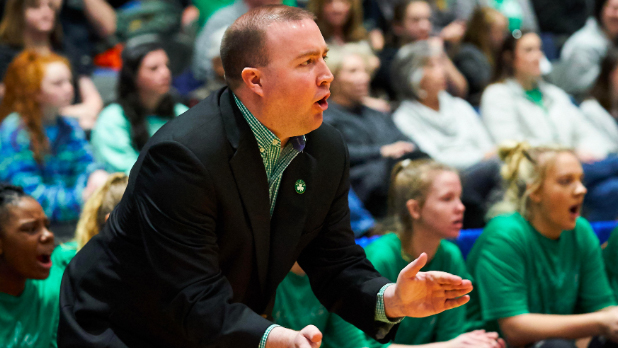 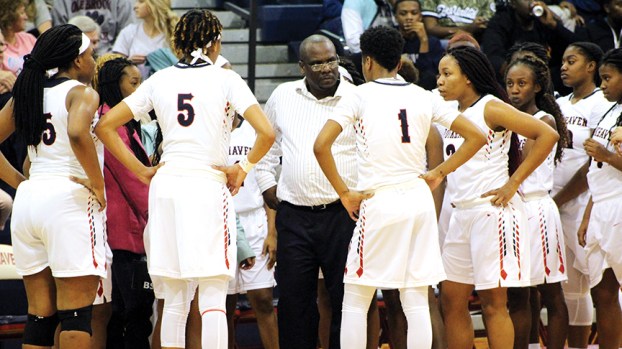 Photo by Cliff Furr Above: BHS coach Preston Wilson encourages his Lady Panthers in the second half against Forest Hill Tuesday night in Sinclair Gymnasium.

One county. Two schools, two communities, two epic seasons, and two worthy coaches. West Lincoln coach Brooks Smith and Brookhaven High coach Preston Wilson led two special groups to great heights this season and for that they are sharing the honor of The Daily Leader All-Area Coach of the Year.

This is not hyperbole or exaggeration, it’s science. If you cut Brooks Smith, he will literally bleed green and white. He loves basketball. He loves the Boston Celtics. Above all else, he loves West Lincoln.

In his second year as the head coach of the Lady Bears Smith guided the team to a 26-6 record and a runner-up finish in the MHSAA 2A State Tournament. The Lady Bears won the regular season and tournament titles in Region 7-2A along with the Lincoln County Tournament.

Expectations were high coming in to the season after WL finished 19-8 the previous year with a team that had no seniors. That was the first season for Smith to lead the program after taking over for Lane Young. Smith had previously served as an assistant for Young and the promotion to head coach at his alma mater was nothing less than his dream job.

The Lady Bears possessed a closeness that only comes from attending a smaller school together since near birth. Smith isn’t one to yell and the Lady Bears weren’t a group that would argue on the floor. Led by a senior core of Skyler Hall, Elizabeth Stogner, Megan Gerald, and Katelyn Dickerson — West Lincoln played with a calm assuredness that mirrored the sideline demeanor of their coach.

West Lincoln won 10 straight games at one point during the season and pulled off their biggest win of the year when they beat Calhoun City — a team that had lost once all season — 53-50 in the state semifinals. The Lady Bears were especially good in Jack Case Gymnasium where they won two games in the region tournament and then three straight playoffs game by an average of 24 points.

Smith knows something about shooting on the baskets located in Case Gymnasium. A 2004 graduate of Flea Hop, Smith played first for Jason Case and then Young as a WL hooper. As a player Smith wore his socks high, his hair short, and relied on a set-shot that had been tuned in by countless hours of practice.

Graduation will hit WL hard, but Bailey Wilson and Britany Sturkey are two very good returnees for Smith next season. The junior high team also finished unbeaten last year and will be part of the plan to reload — not rebuild — that Smith has for the Lady Bears in 2019-2020.

Brookhaven High Lady Panther basketball has an identity. They will run at you in waves. They will begin guarding you when your bus pulls onto campus. They will not let up.

The culture that has the program thriving was implemented by BHS coach Preston Wilson when he took over four years ago. In his first stint coaching girls’ basketball, Wilson has built something special on East Monticello Street.

Wilson came to Brookhaven in 1994 as an assistant to Dale Kimble. From 1995-2001 he was the head coach for the BHS boys’ team. Fiery and passionate, Wilson took his best team to the Coliseum where they were beat by Canton in the 4A state tournament.

He left BHS to coach at Warren Central and then moved on to Shreveport before returning to Southwest Mississippi by accepting a job at Lawrence County. Wilson is a native of Northwest Louisiana who played college baseball at Louisiana Tech.

In 2009 he returned to BHS and set about revitalizing the boys’ program. In the summer of 2015 Wilson moved to the girls’ team. The rebuild had to come from the ground up. The season before Wilson took over BHS won four games. His first season in charge saw the team win three games.

Wilson kept plugging away, developing younger players, and creating a style of play within his team. The next season the win total climbed to 12 and last year it jumped to 24.

In 2018-2019 the Lady Panther let the entire state know that they are fully back by going 27-2. Their lone regular season loss was a close defeat to 6A Meridian. BHS saw their season end one game short of the Coliseum when then undefeated West Jones beat them 78-68 in Sinclair Gymnasium.

Wilson gets maximum effort from his team by holding them to a high standard. Regardless of if he’s playing a starter or the last player on the bench, he demands everyone do their job. It hasn’t been easy, and it didn’t happen overnight, but Wilson has returned Lady Panther basketball back to prominence.