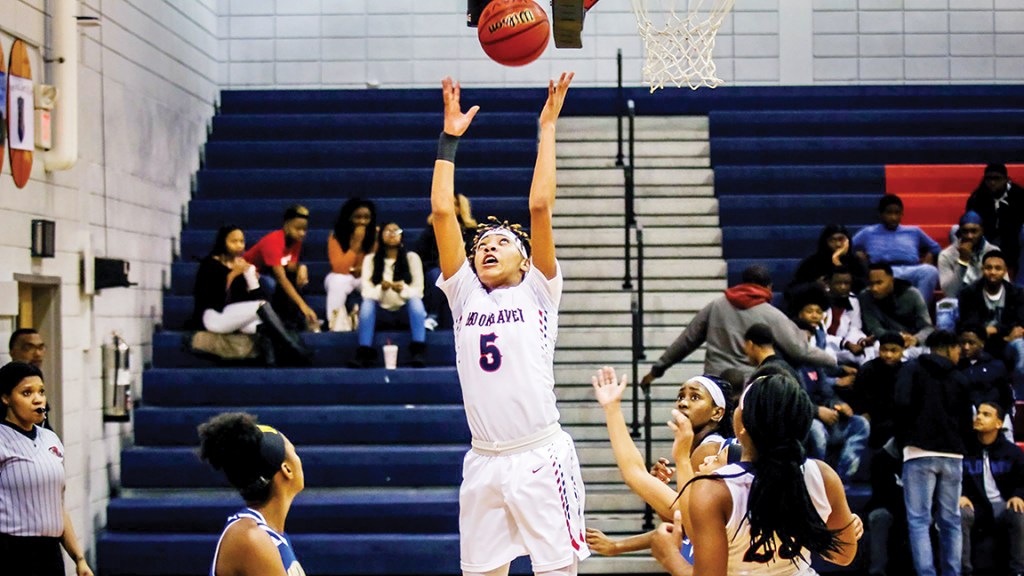 The first thing you notice about Silentianna Collins is her length. Collins is skinny, long and looks to have grown ever so slightly every time you see her. She uses her long arms to control the ball while dribbling, keeping it on a string as she bends at the waist. Completely comfortable with the ball in her hands and eyes on her.

When the 27-2 Brookhaven High Lady Panthers needed a bucket this season, they put the ball in Collins’ hands and let her cook. For her stellar play this season Collins has been named The Daily Leader All-Area Most Valuable Player.

To paraphrase a song that was once very popular by Santana featuring Rob Thomas, she’s just so smooth. Collins makes it look all so easy as she also grabbed 3.9 rebounds, dished out 3.7 assists, made 2.7 steals, and blocked 1.2 shots per game.

When the Lady Panthers go into their four-low set and slide Collins to the point from the wing, there aren’t many players in the state that can lock her up one-one-one. Her height allows her to shoot over smaller defenders and her quickness can get her past a bigger forward.

Collins is also a huge part of a Lady Panther defensive game-plan that snatched an average of 14.6 steals per game. Whether on the ball guarding the in-bounder or playing centerfield like a safety in football, Collins breaks on the ball with speed and scores tons of points off the full-court press.

A sample of what makes Collins great would be the first possession of the second half in the game at Loyd Star on November 15. BHS was leading 28-15 and had the ball coming out of the break.

Collins dribbled to the front-court, saw that no one was going to pick her up, and pulled up off the dribble to bury a long 3-pointer. She then sprinted to guard the in-bounder and after her teammates forced a trap in the corner, she jumped in front of a pass and scored a quick layup. Loyd Star would then get the ball to half court before another trap led to another turnover. Collins dribbled in to shoot another layup, but when a LS defender jumped in her path, she pulled up for a feathery smooth jumper that came just inside the free-throw line.

Less than 45 seconds had run off the game clock, Collins had scored seven straight points, a 13-point lead had grown to 20 in a flash.

Her skills drew interested Division I coaches throughout the year and will continue to do so throughout the Summer AAU evaluation period and into her senior season in Sinclair Gymnasium.