Hornets use 14 hits in key win at EAC 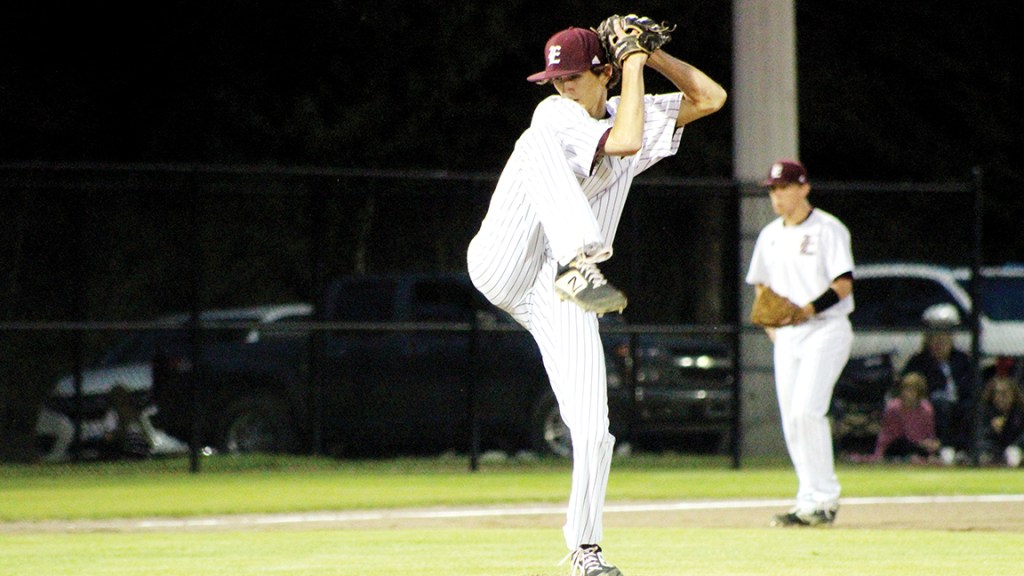 On Tuesday the Jackets rode a strong pitching performance by Landon Gartman to an 8-2 win at Loyd Star. The Hornets also didn’t help their cause in the first matchup by committing eight errors.

Loyd Star head coach Jared Britt didn’t know how his team would hit on Friday, but he knew they’d play better defense — especially after their practice on Wednesday.

“We really challenged them on Wednesday,” said Britt. “We had probably our toughest practice and we really pushed them and got on them and it was our best practice of the year.”

Britt liked the way his team responded and lightened the load on Thursday by playing an in-practice game the team calls “Hustle.” Senior Dane Smith says playing “Hustle” is fun, but it’s also about hitting to the opposite field, a skill the Hornets would need against Enterprise junior left hander Austin Fugler on Friday night.

“Fugler hits his spots so well,” said Smith. “You can’t hit him if you don’t have a good approach. Tonight, we had an opposite field approach and that was the difference in the game on Tuesday.”

Fugler was coming off a 19-strikeout gem against Bogue Chitto a week prior. Friday he was pitching after being ill during the week.

“He’s had the flu all week,” said Enterprise head coach Cass Brister. “He wanted to be out there and even not at full strength he’s better than most. Credit to Loyd Star for the job they did hitting tonight, they really barreled up everything we threw at them.”

Fugler struck out six and walked three over three innings while giving up five earned runs. Loyd Star outhit Enterprise 14-7 on the night.

In a game that featured some of the top baseball signees in the area — James Beard of Loyd Star (Meridian CC), Hunter Richardson of Enterprise (Jones College), and Gartman (Pearl River CC) — it was the unsigned Smith who was the deciding factor.

A three-sport star, Smith gritted out a complete game win after throwing 101 pitches and giving up three earned runs on six hits. Smith struck out seven and walked two.

“I can’t say enough about the way Dane pitched tonight,” said Britt. “He set the tone.”

To hold the division tie-breaker over Enterprise, Loyd Star needed to win the game by seven runs or more. Leading 12-3 heading in to the bottom of the seventh inning, it looked like that would be no problem. However, Richardson smashed a two-run bomb to center field that cut the lead to seven with no one out.

Smith would bow up on the mound to get a Fugler groundout, a Gartman pop-up and a Colby Beard flyout to end the game.

From the first pitch the Loyd Star dugout was loud and rowdy. It’s an ingredient that Britt has felt like his team hasn’t had so far this season.

“I’ve felt like all year we’ve been lacking intensity and effort and tonight the dugout was into it from the start and never let up,” said Britt. “We want guys lifting each other up and encouraging each other.”

One thing you notice about the Hornets when they’re on the rail creating noise, no player is too cool to take part. Smith and fellow seniors Rials Hester and Logan Smith are chattering with their underclass teammates.

“That’s the way it was done when I was in junior varsity,” said Smith. “Everybody is up together being loud, so all we’re doing it keeping it going like it’s been done before us.”

Loyd Star broke the game open with eight runs in the fourth. Hester and Logan Smith led the LS attack with three hits apiece and two RBIs each. Sophomore Wyatts Hodges and Dane Smith also knocked in a pair of RBIs each. Junior Reese DeHart had two hits and one RBI and Beard had one hit and one run batted in for LS. Brent Cade had a hit and RBI and Dylan Case had two hits and one RBI for the Hornets.

Richardson had a three-hit night for the Jackets with a home run and a double. Gartman, Beard and Dustin Prather all hit safely for EAC.

“I hate it,” said Brister. “I hate to lose and I hate to feel like we got outcoached and tonight I feel like that happened,” said Brister. “I told the boys we have a lot of baseball left to play. I don’t look too far ahead, I try to focus on us getting better every day. We’ve got to get over this and keep working to improve.

Enterprise wraps up division play this week with a series against West Lincoln. First pitch tonight at West Lincoln is at 6:30 p.m.