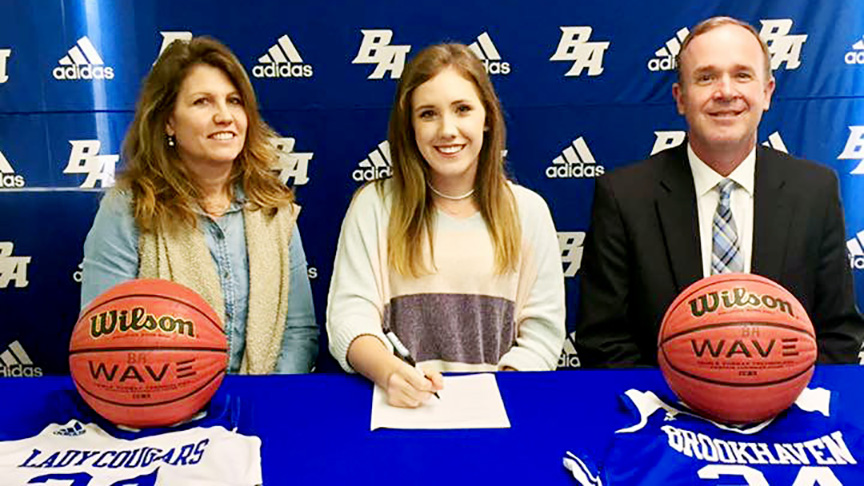 Case has a reputation that precedes her of being a shooter. That’s exactly what coach Gwyn Young needs her to bring to his team in Wesson.

“She’s got a scorer’s mentality,” said Young. “She brings the ability to knock down shots and that’s something we needed to add to our team.”

Jana won’t be the first Case to join the Wolf Pack while shooting it from deep. From 2011-2013 her brother Jay was a member of the Co-Lin mens’ team where he stretched the floor as a long-range threat.

Case went on to finish his career at Mississippi College where he is fourth all-time in career 3-point field goal percentage. Jay Case is currently an assistant basketball coach at Clinton High.

The Lady Wolves (21-7) finished as runners-up last season in the MACJC State Tournament. Four of their five leading scorers were freshmen last season as they return a pair of athletic forwards in their two leading scorers — Sha’Qundra Carter and Camryn Davis (Lawrence County). They also bring back two very good ball handlers in TaMara Riley and Darien Tubby.

Young hopes the addition of a shooter like Case will help stretch the floor.

“We shot it OK at times last season, but we didn’t have a real zone-buster that could open things up,” said Young. “That’s what Jana brings to the table.”