Wolves walk off game 2 vs. Coahoma 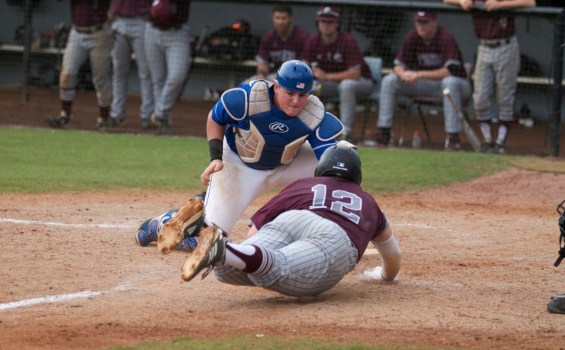 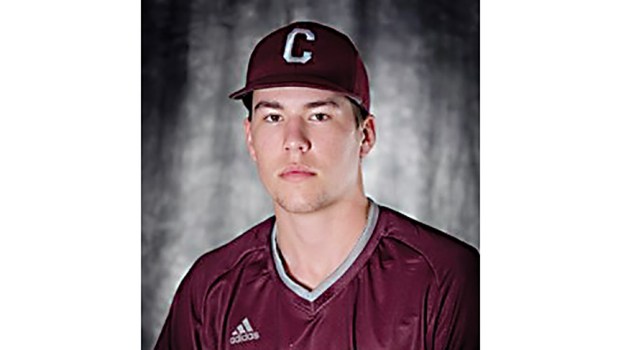 Photo by Coahoma Sports Information BHS alum Trace Owens pitched 5.1 innings of relief for Coahoma Saturday in game two. Owens — a freshman — came in with runners on second and third and got two outs to end the first inning. He threw 80 pitches and gave up two earned runs on three hits, striking out four, walking two.

The Wolves split with Coahoma over the weekend after dropping game one 12-11, and walking off game two with a 4-3 victory.

The results move the Wolves to 14-11 overall and to 7-7 in MACJC play. Co-Lin takes on Baton Rouge Community College today in a single nine-inning game at 6 p.m. in Baton Rouge. Co-Lin is back in MACJC play Saturday, as the Wolves travel to Goodman to take on Holmes at 1 and 4 p.m.

The opener was a slugfest as the Wolves posted four home runs in the nine-inning contest. Unfortunately, three late Tiger runs in the top of the eighth helped lift Coahoma to the victory.

Coahoma scored early as an RBI single plated a run in the top of the first. Co-Lin responded in the bottom of the second as Mark Hubbard ripped a monster three-run homer to left.

A Tiger sacrifice fly brought Coahoma back within one, 3-2 in the top of the third, but Trey Frierson grew Co-Lin’s lead back to two with a solo homer in the bottom of the frame. Kylar Fielder kept the momentum rolling with an RBI single later in the inning to stretch the lead to 5-2. Hubbard reached on a HBP to score another, and Austin Tidwell rounded the explosive with a run on a passed ball. Co-Lin led 7-2 going into the fourth.

Co-Lin dropped several runs in the fourth after an RBI single, two walks, and an RBI groundout tied the game at 7-7.

Coahoma pulled into the lead in the top of the fifth with an RBI single, before stretching the lead to 9-7 in the sixth with a base-clearing double.

Co-Lin’s Ryan Zimmerman got in on the home run action in the bottom of the sixth with a towering two-run bomb to right to tie the game once again, this time at 9-9. Fielder roped another RBI later in the inning to put the Wolves on top 10-9 before Thomas Slagle hit a solo homer in the seventh, Co-Lin’s fourth of the game, to grow the lead to 11-9.

Coahoma rallied back and with the bases loaded hit a double to deep right field that plated two. A sacrifice fly a moment later put Coahoma on top 12-11, a score that would hold over the Wolves’ final two at-bats.

Zach Smith took the loss for Co-Lin. He surrendered three runs on two hits over one and one-third innings, striking out two and walking zero. Conner Ingram got the start for the Wolves, while Konner Allen and Thomas Smith both entered the game in relief.

An error and a sac fly put Coahoma on the board early in the nightcap, 2-0.

In the bottom of the ninth Zimmerman led off with a triple to put Co-Lin great position. After two intentional walks and a strikeout, Stephens stepped to the plate. Stephens roped a groundball for an RBI groundout and the win as Zimmerman scored on the play making the final 4-3.