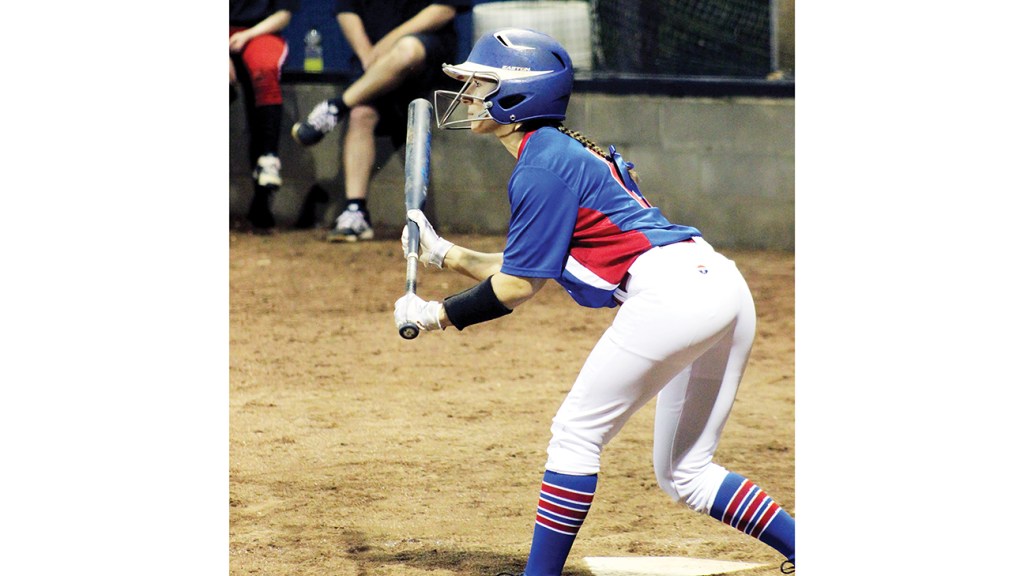 Photo by Katie Furr Wesson senior Melody Ashley and her Cobras are division champs after finishing with a perfect 6-0 record in region play. The Lady Cobras will have a first round bye when the playoffs begin April 19.

Here is a look at how area teams fared on Thursday high school softball action.

The Wesson Lady Cobras (17-2) finished off their Region 7-3A schedule with a perfect 6-0 record by whipping Port Gibson 19-1. Wesson is next scheduled to play at home against West Lincoln Monday at 6:15 p.m. The Lady Cobras are also scheduled to host a doubleheader Tuesday against Bogue Chitto with game one beginning at 5 p.m.

Smith and Mcsweyn combined to throw a no-hitter in the win.

The Loyd Star 14-hit attack was led by a pair of grand slams from seniors Johnna Norman and Meagan Poole. Carson Hughey, Malori Cade, Aly Floyd and Aubrey Britt all had a pair of hits each for LS. Cade hit a triple and Hughey, Alyssa Leggett and Carly Beth Wallace had a double each, as well.

Hughey struck out two and gave up two hits on 77 pitches to pick up the win. Meg Foster and Emma Campbell each hit safely for BHS.

Poplarville (10-9) scored four runs in the sixth inning to come from behind and beat Lawrence County 12-8 at home Thursday night.

The Lady Cougars (14-6) outhit Poplarville 15-8. The game was tied 8-8 after four innings before the Lady Hornets surged ahead.

Tuesday, the Enterprise Lady Yellow Jackets piled up 11 hits on their way to a 17-9 win over Natchez High. Winning pitcher Natalie Harris led the EAC attack with three hits and three RBIs. Ashlyn Bland had four RBIs for coach Trace Abdul-Hadi. Harris hit a double and a triple and Mallory Honea hit a double as well.