Panthers perfect in region with 12-0 victory 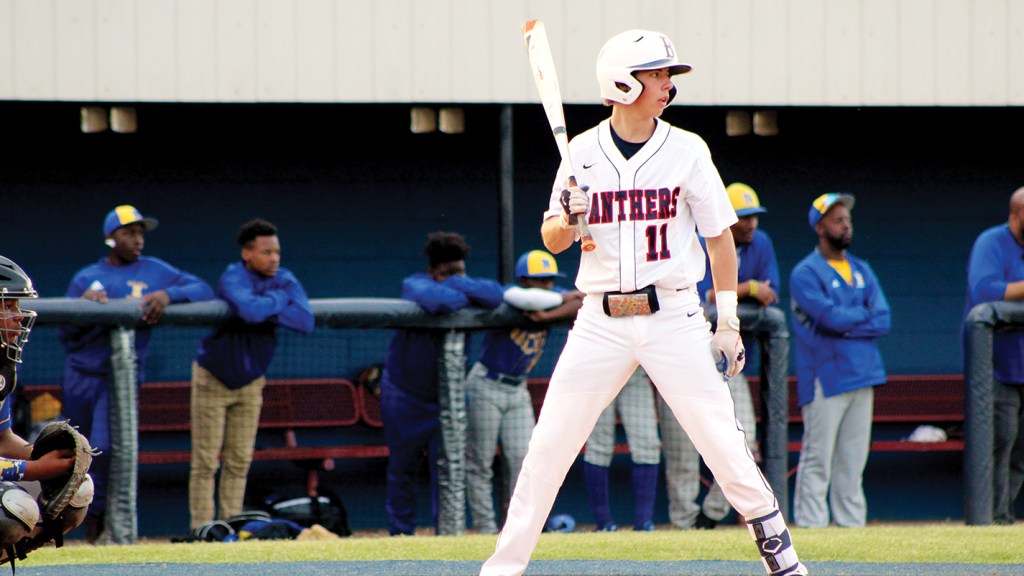 Photo submitted Senior Corbin Falvey and the Brookhaven High Panthers have one final regular season game on Moyer Field as they are scheduled to host Ridgeland Thursday at 6 p.m. There is a weather threat Thursday that might lead to the game being canceled.

The Brookhaven High Panthers (14-9-1) finished Region 6-5A play Monday with an unblemished record after beating Natchez High 12-0 on the road.

Freshman pitcher Maney Miller locked up the Natchez bats by striking out eight and walking two on 76 pitches for the complete game victory.

Miller was also responsible for a team-high three RBIs as the Panthers only needed five hits to score 12 runs. BHS was aided by three Natchez errors, nine walks, one hit batter and four wild pitches.

The Panthers were coming off a 12-10 weekend win over Pearl River Central (17-9). BHS won on Moyer Field Saturday by outhitting the Blue Devils 10-6.

Jacob Smith picked up the win on Saturday after striking out five and allowing four hits in three innings. BHS led 12-7 before allowing PRC three runs to close the score in the top of the seventh. The Blue Devils led 6-0 after 2.5 innings before BHS came storming back with five runs in the third and six in the fourth to take the lead.

Corbin Falvey, Smith and Miller all hit a double apiece for the Panthers against PRC and senior Sevante Quinn had a team-high three RBIs. Walker, Falvey and Jacob Porter all had two RBIs each, as well. Freshman Piker Wallace also hit safely for the Panthers.

BHS will host Ridgeland Thursday at 6 p.m. on Moyer Field. The Panthers have a bye in the opening round of the playoffs and await the winner of the North Pike versus South Jones match up for a playoff series that will begin next week.