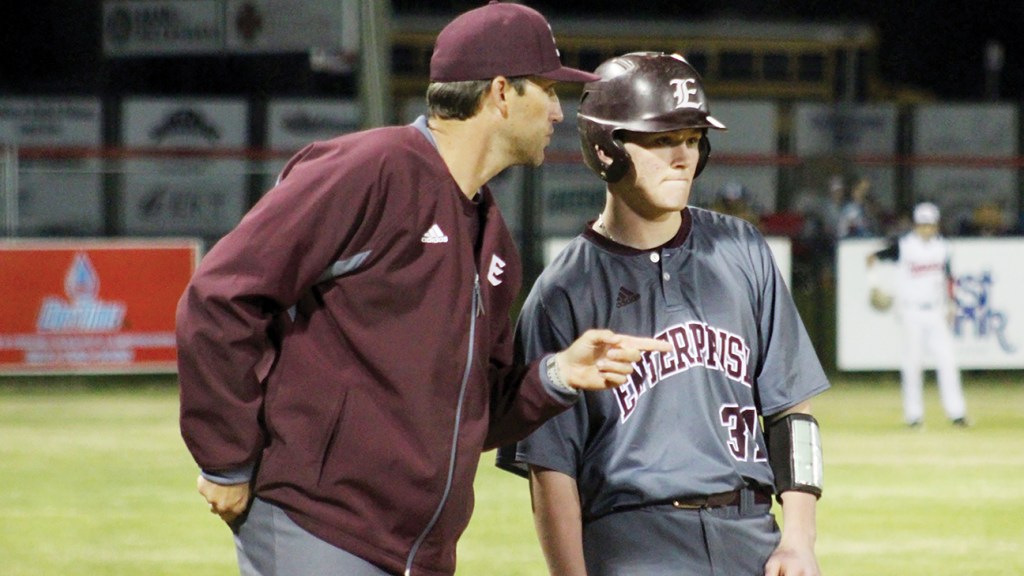 The weekend will be jam packed with high school playoff action as the MHSAA playoffs begin for baseball teams.

Hornets and Jackets at home tonight

The top two baseball teams in Region 7-2A — Loyd Star and Enterprise — will get things started today with home playoffs games.

The Hornets (13-8) are matched up with the fourth seed from Region 8-2A — the Collins Tigers. Coach Jared Britt and his Hornets will be heavy favorites against a Collins team that has not won many games this season. Senior speedster James Beard leads LS with a .444 batting average. Beard has hit a team high seven homeruns and is tied for the lead with seven doubles. He has scored a team high 36 runs in 2019.

Dane Smith has been a bulldog on the mound for Loyd Star all season as he’s struck out 49 in 33 innings while only walking eight. Smith has a 2.33 earned runs average. Dylan Case, Rials Hester and Reese DeHart make up the core of the deep Loyd Star pitching staff.

Game one begins at Loyd Star at 6 p.m. Game two in Collins begins Saturday at 11 a.m. If game three is needed it will be played Monday at Loyd Star. The winner of the Loyd Star series will match up with the winner of the Enterprise-Clarke (18-9) and Pisgah (10-9) series. Loyd Star beat Pisgah 5-3 on March 22.

Across the county Enterprise (11-6-1) will host Richton (5-22) at 7 p.m. tonight in their game one showdown. Game two in Richton will be at 7 p.m. Saturday. If game three is needed it will be at Enterprise on Monday at 7 p.m.

The task facing Richton tonight is a huge one: hit the ball off Enterprise senior Landon Gartman. Gartman has given up 11 hits this season in 33 innings of work for an ERA of 0.21. The powerful right hander has struck out 74 and walked 11 while giving up a single earned run while facing 135 batters. Junior southpaw Austin Fugler has struck out 58 this season and has a 1.42 ERA himself.

Senior catcher Hunter Richardson is the power plant of the EAC offense as he’s hitting .565 with 25 RBIs and 10 home runs this season. Richardson has a team high 26 hits for coach Cass Brister. If EAC wins they’ll face the winner of Taylorsville (18-8) and Puckett (11-7) in the next round.

BC, WL and Wesson at home Saturday

The Bogue Chitto Bobcats (10-10) and coach Gareth Sartin finished third in the region and go on the road today to St. Patrick Catholic (11-9). Game one in Biloxi is set for 2 p.m. Game two at BC starts at 1 p.m. Saturday. If game three is needed it will be played Monday at St. Pat.

BC will rely heavy on their pitching duo of senior Bryce Langley and junior Ethan Gladden. Langley has struck out 58 this season and Gladden has struck out 51. Freshman Brandon Welch has a team high 14 RBIs for the Bobcats.

Last season the Bobcats took Mize to three games in the first round before dropping a close loss in the finale on the road.

Region 7-2A four seed West Lincoln (5-9) will also hope to pull an upset this weekend when they play Perry Central (13-9). The Bears play at Perry Central today at 6 p.m. and then host the Bulldogs Saturday at 2 p.m. If game three is necessary is will be played Monday at Perry Central.

Coach David Gilbert will hope to get a strong showing from his ace — senior Gavin Burris — when he is called on to pitch. The Bears also rely on the arm of freshman south-paw Brady Ratcliff to give them quality starts.

Wesson faces a familiar foe in their 3A series this weekend as they tangle with the Franklin County Bulldogs out of Meadville.

Wesson finished fourth in a tough Region 8-3A behind West Marion, Columbia and Seminary. Senior Colton Newman leads the Wesson offense with a .385 batting average. Senior Will McInnis has a team-high 28 hits and is tied with Slay Acy for the team lead with 23 RBIs.

McInnis and Kenner Bizot are the two leaders on the mound for Wesson. McInnis has a 1.83 earned run average and Bizot has struck out 43 in 35.1 innings of work.

Wesson is hosting Franklin County Saturday at 7 p.m. for game one. Monday in Meadville they’ll close the series out. Game two begins at 4:30 p.m. and, if needed, game three will follow immediately afterwards. The winner of the series will play the winner of the Choctaw Central versus Raleigh matchup.