Cougars strike out 15 in win 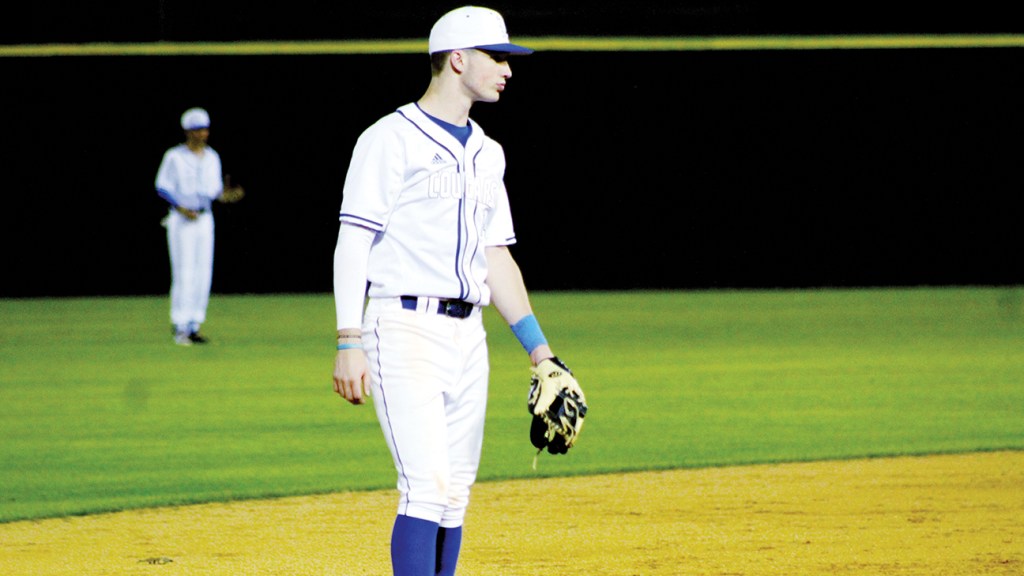 Photo by Cliff Furr Dawson Flowers struck out 13 for BA Tuesday as the Cougars won their playoff opener 5-2 at River Oaks School in Monroe.

The Brookhaven Academy Cougars began defense of their MAIS AA state championship with a 5-2 game one win in Monroe, Louisiana, over River Oaks Tuesday.

The Cougars (14-9) went up 1-0 in the first when Dawson Flowers got aboard with a double and then scored on a Caston Thompson sac fly.

River Oaks tied the game 1-1 in their half of the first after getting a two-out RBI single. Flowers was rock solid on the mound as he gave up one earned run and struck out 13 while walking two in 6.1 innings. Flowers threw 104 pitches and gave up two hits.

In the bottom of the third RO pulled ahead 2-1 on a run that was set up in part by an error and a passed ball.

To start the next inning Nick Ogden of BA led off with a double. Ogden would be forced out later on a fielder’s choice, but Tanner Watts tied the game at 2-2 for the Cougars when he scored on a Keegan Smith single. An error in the inning allowed Judson Griffin to score as BA would never trail again.

A Cade Brown single in the fifth scored another run and the final BA runner crossed the plate in the top of the seventh when Griffin hit a single that scored Ogden.

Tanner Watts came in to face the last two batters of the game and struck out both. BA hosts River Oaks Friday at 5 p.m. for game two. If game three is needed it will follow immediately afterward.