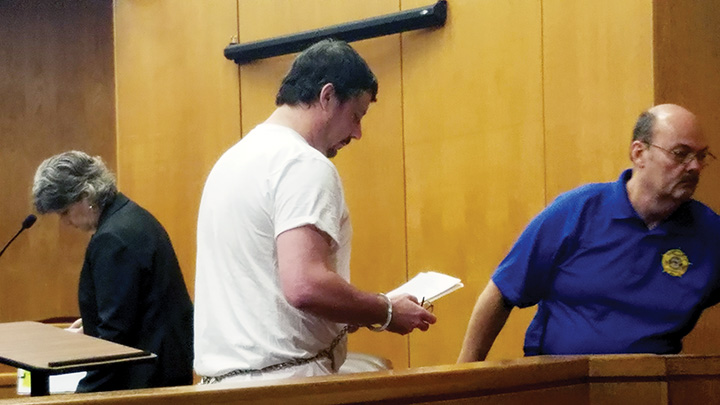 A Walthall County jury will be brought to Brookhaven in June for the trial of a man accused of fatally shooting an acquaintance last year.

He has been in the Lincoln County Jail since his arrest April 22, 2018.

According to court and newspaper reports, Bennett spent April 20, 2018, with his parents, leaving for his home, which his parents owned, around dusk. His father visited the house, which is two doors down from his own, about 8 p.m. Leon Bennett said when he left, Smith and others were with his son. Police said John Bennett was shot to death there sometime that night.

In January, Smith’s attorney, Tangi A. Carter, unsuccessfully motioned for a change of venue, claiming news of the murder and Smith’s arrest was published in The Daily Leader and “extensively on social media.”

Carter said in the motion, “Lincoln County is a largely rural county with a scattered population. This matter has been widely discussed and continues to be discussed in Lincoln County and beyond. It is particularly difficult to get a fair trial in cases such as this in a small county because the jurors generally know each other and do not want to challenge the community sentiment or favor acquittals, even though the evidence may be weak.”

Earlier this month, Strong instead ordered a jury from Walthall County to be empaneled to hear the case at the Lincoln County Courthouse and continued the trial to June 5.