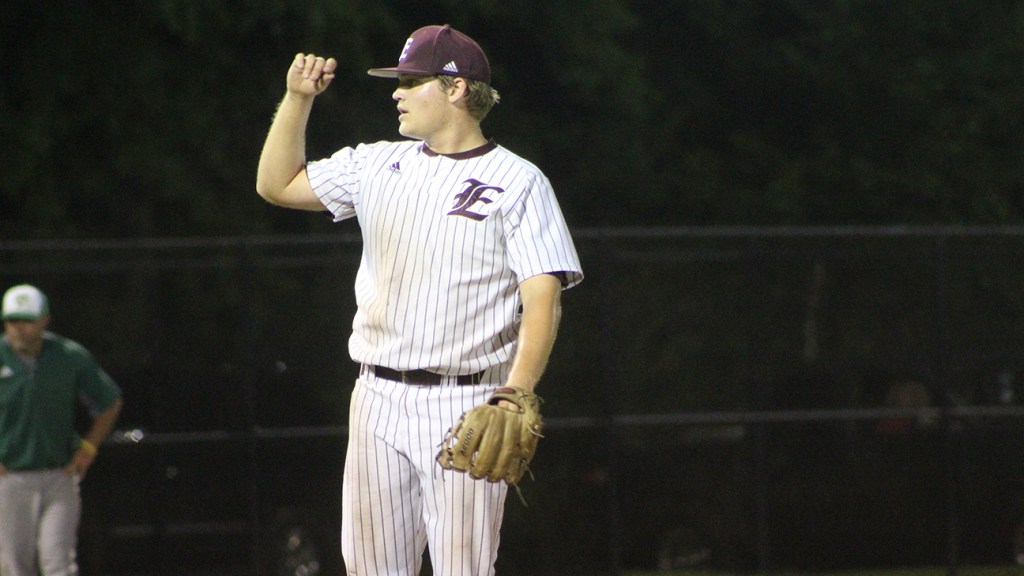 Photo by Cliff Furr Pitcher Landon Gartman is one of only two seniors on the Enterprise team. The Jackets had their season ended Monday night after an 11-1 win by Taylorsville in the MHSAA 2A playoff series.

The Taylorsville Tartars (22-9) are on to the third round of the MHSAA 2A playoffs to face Mize (21-10) after eliminating the Enterprise Yellow Jackets (14-8-1) Monday night with an 11-1 win in game three of their series.

Coach Cass Brister and his Jackets jumped up 1-0 in the first when Hunter Richardson hit a solo home run to start the game. That would be one of only two EAC hits on the night as a Colby Beard single provided the other.

Freshman pitcher Aiden Moffett was the key for Taylorsville as he struck out 10 and only walked two in the complete game win.

Richardson and Landon Gartman are the lone seniors on the team that will be lost to graduation.