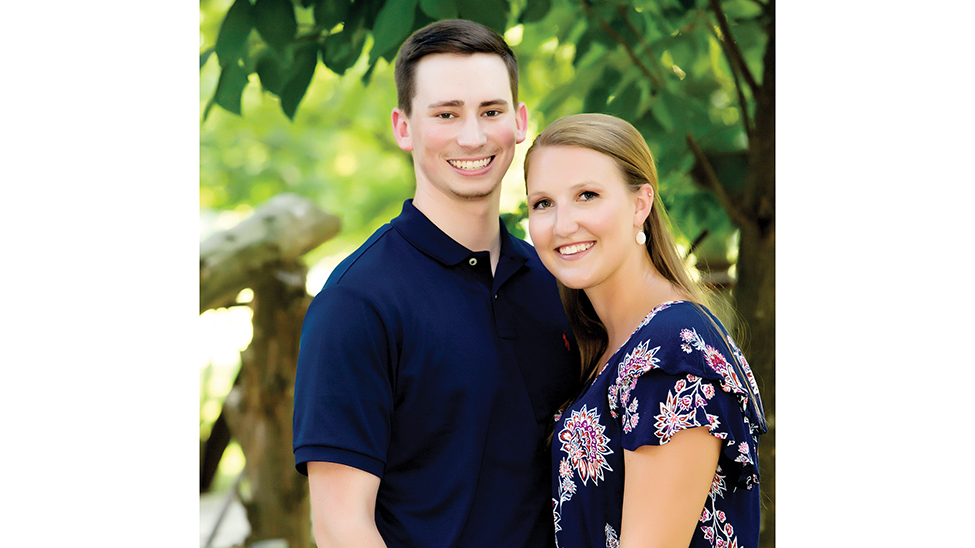 Scott and Sharon Speights announce the engagement and approaching wedding of their daughter, Anna Speights of Wesson, to Ryan Traxler of Clinton.

He is the son of Billy Traxler Jr. and Joy and Pat Granger.

The bride-elect is the granddaughter of Frances Speights and the late Joe Speights of Brookhaven, and Ron and Anna Hartgraves of Wesson.

The prospective groom is the grandson of Joan and Bob Dear of Hopewell, Michael and Ruth Granger of Hazlehurst and Ken and Janis Johnson of Tylertown.

Miss Speights is a 2015 graduate of Wesson Attendance Center and a 2019 graduate of the University of Mississippi with a degree in mathematics education. She is employed as a mathematics instructor at Sumner Hill Junior High School, Clinton Public School District.

Mr. Traxler is a 2015 graduate of Wesson Attendance Center and a 2017 graduate of Copiah-Lincoln Community College with a degree in automation and control technology. He is employed as an instrumentation and controls technician at Grand Gulf Nuclear Station.

The couple will exchange vows on Saturday, June 8, 2019, at The Hideaway at Reed’s Estate in Brookhaven.