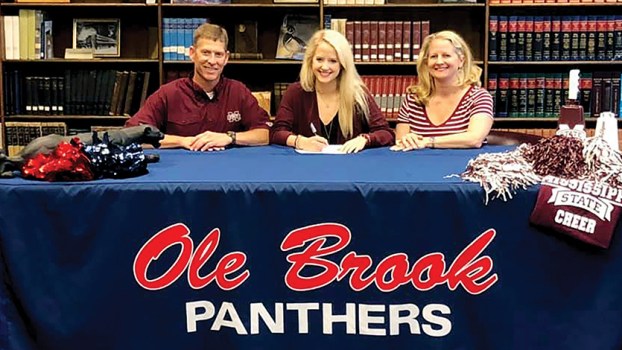 Photo by April Clopton Brookhaven High senior cheerleader Maley Moak signed to cheer next season for the Mississippi State Bulldogs earlier this week in a ceremony at the school. Pictured with Moak are her parents Pete and Dienna. 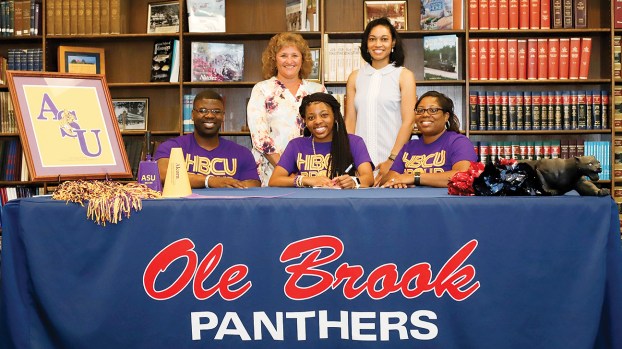 Photo by April Clopton Brookhaven High senior cheerleader Danielle Culbert signed to cheer next season for the Alcorn State Braves earlier this week in a ceremony at the school. Pictured are (standing) BHS cheer coaches Amy Spring and Shonique McLaurin. Seated with Culbert are her parents Christopher and Tanya.

Maley Moak signed with Mississippi State after making it through a two day tryout that began on a Friday with 73 girls attempting to make the squad. After six-and-a-half hours of workouts, the first cut list was released and those not on it moved to a Saturday tryout. That session lasted four hours and ended with 24 girls making the team.

A year ago, Moak was on crutches after tearing her ACL in February of her junior year while tumbling. Surgery and rehab was completed at King’s Daughters Medical Center and Moak cheers competitively with Gym of Dreams.

“For as long as I can remember I’ve wanted to be a MSU cheerleader,” said Moak. “When I tore my ACL I knew it wasn’t going to come easy. I trusted God and worked my butt off in physical therapy to get back where I was. It was a long hard process, but definitely worth it.”

Danielle Culbert inked with Alcorn after going through a two-day tryout session that had approximately 75 male and female athletes vying to make the squad. She was one of 22 hopefuls that were picked for the final team.

Culbert plans on majoring in nursing. Going to Alcorn is a tradition for the Culbert family as both Christopher and Tanya were Alcornites with Christopher playing football for the Braves.

“It was a dream come true to see my name as the second on the list of who made the squad,”said Culbert. “I’ve cheered on so many different levels since I started the sport as a 4 year old, it was overwhelming to realize I made it.” 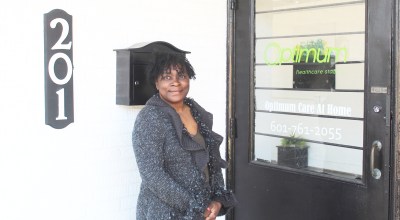 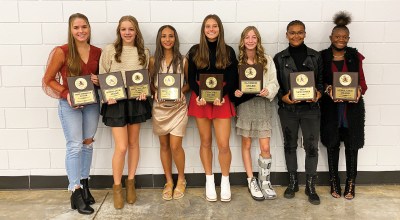