All-Area baseball coming to the plate 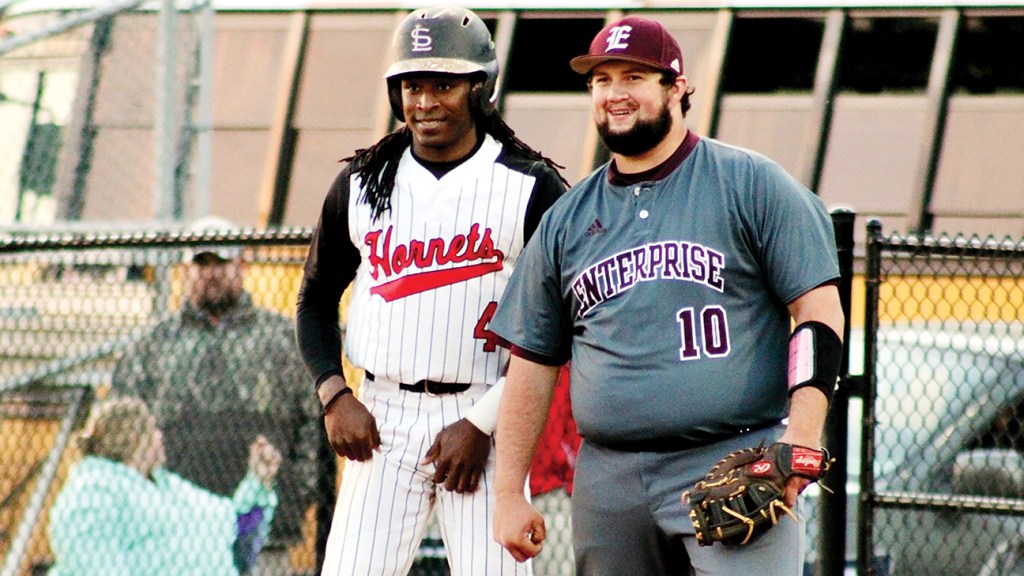 The final All-Area team of the school year recognizing the best baseball players and coaches in the region drops this weekend. It’s the capper of our high school sports coverage that began in late August with football season. The carousel starts back up soon, but let’s give baseball their due before summer gets too comfortable.

As we did with the softball team last week, let’s use this space to highlight some 2018 performances that were possibly under-reported.

Local teams had serious talent in 2019

The first base fence line at Loyd Star was packed this season with older men in windbreakers. Some wore jeans and others wore athletic pants. Many wore hats, and most would write in small notebooks. All of them wore stopwatches around their neck or on their wrist.

Major League Baseball scouts — the lot of them — were there to see the fastest high school baseball player in the nation, James Beard of Loyd Star.

The Blue Jays, Yankees, Tigers, Rangers and Red Sox. Name a team and they sent someone to Smith Field this season to lay eyes on Beard ahead of the MLB draft that begins on Monday.

However, Beard was far from the only senior talent in the area this season.

Enterprise seniors Hunter Richardson has already signed with Jones College and his teammate Landon Gartman is headed to Pearl River. The Brookhaven High duo of Sevante Quinn and Jacob Porter will play at Copiah-Lincoln next season along with Marquez Hudson of Lawrence County. Senior Dawson Flowers of Brookhaven Academy will play next year at Gulf Coast CC.

The junior crop is loaded as well. There wasn’t a baseball game that I went to this year where there wasn’t a college coach there. They drove minivans or four-door sedans and stood behind the backstop holding up radar guns and wearing backpacks — there to watch and evaluate as they look for their next signee.

In praise of the parents

Baseball parents — especially at the youth level — sometimes have a reputation. You’ve seen the videos or heard the stories of parents getting their blood hot and ready to throw down when little Ricky gets a bad call in 6U Coach Pitch.

In all the games I went to this season, I saw no bad behavior or Jerry Springer Show antics. I saw a lot of support. There was a weekend where I went to home playoff games at Loyd Star, Enterprise, Brookhaven High and Wesson. All the bleachers were packed, and chairs were lined down both of the baseline fences.

What stinks is it doesn’t feel like the sport gets the same type of support from the higher ups in our state athletic associations.

Weather played havoc with the schedules of nearly every team in the state. Many teams lost multiple games that were rescheduled and then rained out again to eventually be canceled. It happened at the beginning of the season and it was still happening at the end of the season.

Imagine this: You’re a fan of the Magee Trojans. The Trojans beat West Marion in game three of their 3A south state championship series. The game went 14 innings before Magee came away with the win. Congratulations Magee, you’ve reached the 3A state championship. Your reward? Playing the opening round of the title series the next day against North Pontotoc.

I know the goal is to play at Trustmark Park and a large amount of games have to be put into a small timeframe, but there has to be a better solution than having teams play so soon after finishing their previous series.

During a few points in their game two win over Tri-County Academy in the MAIS AA state championship series, it looked like Brookhaven Academy might lose to the Rebels. The teams had played a four-hour marathon in their game one matchup two nights before. If Tri-County had held BA off and won game two, the teams would have had to immediately play a third and deciding game that wouldn’t have finished until near midnight.

The MAIS loves some gate money. All you have to do is buy a ticket to the Overall Basketball Tournament to figure that out. Why would they not change the format to a 1-1-1 series instead of the 1-2 format they use now? Doesn’t seem very player friendly.

Isn’t that what it’s all about anyway, the kids?