MVP Gartman is masterful on mound 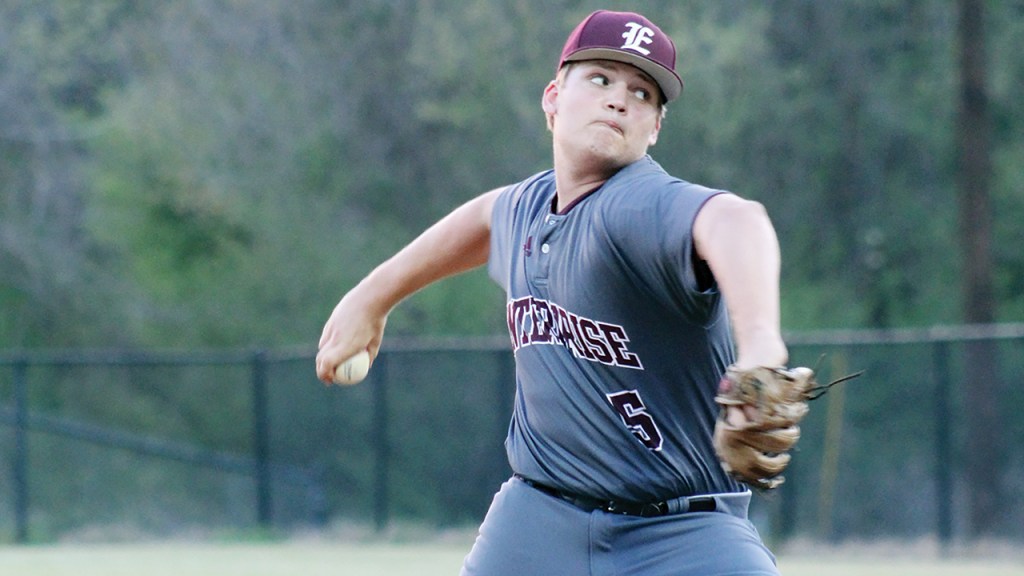 “Can’t touch him.” “Dominating.” “Best 2A pitcher in the state.” That’s just a taste of the chatter you’d hear about Enterprise senior right hander Landon Gartman this season. Gartman was nearly unhittable in 2019 as he conquered opposing batters from the mound. For his dominating season of work Gartman has been named The Daily Leader All-Area Most Valuable Player.

The numbers speak for their self. 96 strikeouts in 46.1 innings. 6-0 record in eight appearances. Double digit strikeouts in every game but one. 0.76 earned run average.

Enterprise coach Cass Brister said before the season that as Gartman goes, the Yellow Jackets will go. In a 2A playoff elimination game against Taylorsville Gartman was dauntless. Facing a THS team that finished state runners-up in 2A, he struck out 10 and scattered four hits while giving up a single earned run in a complete game win.

Gartman gave up one earned run in the entire regular season and only issued 17 walks on the year. When not pitching Gartman played in the infield and had a .943 fielding percentage on the season. At the plate he hit .203 with 17 RBIs, two doubles, and a triple. As a junior he went 8-0 on the mound with 118 strikeouts in 58 innings.

The only thing that could slow Gartman down this year was weather as Enterprise had their first two weeks of games washed away due to rain. He was selected to the MAC 2A All-State team.

The strikeout king of Lincoln County began his varsity career in 2014 as a seventh grader in a 20-2 win over Amite County. He ends his career having struck out a combined 451 batters during his time on the mound.

Gartman comes from strong stock as his father Brady played at Brookhaven Academy and Copiah-Lincoln. His older sister Ali was a home run hitter at Loyd Star and then East Central C.C. His younger sister Lauren is formidable as a softball player in her own right.

Enterprise, Brister, and pitching coach Josh Garrett will now have to adjust for L.A.G. Life after Gartman begins next season as the ace takes his talents to Pearl River where he’ll play for the Wildcats next season and for that, area batters and coaches will say a prayer of thanks.