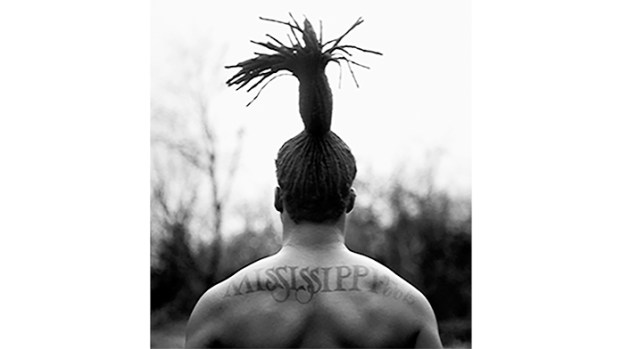 The photo is entitled “Mississippi 662.” It’s the shoulders and back of a powerfully-built African American man and the frame shows a tattoo with the name of his home state across the top of his shoulder blades followed by his area code. The tattoo belongs to Damien Coffey of Duncan and was captured by photographer Brandon Thibodeaux.

Thibodeaux spent nearly a decade photographing the people, places and culture of the northern Mississippi Delta. His work was collected in a monograph in 2017 titled “In That Land of Perfect Day.” The Lincoln County Public Library is hosting a gallery showing of Thibodeaux’s work through Aug. 30.

A reception with Thibodeaux will be tonight from 5 until 7 p.m. at the Lincoln County Public Library.

The draw of the Delta to artists, photographers, poets, writers and other travelers has always been part of our national identity. Paul Simon sang that “The Mississippi Delta was shining like a national guitar,” in his hit Graceland and Anthony Bourdain was awed by its people when he visited Po Monkey’s Lounge in Merigold in an episode of “Parts Unknown.”

Thibodeaux first visited the northern Mississippi Delta in 2009 as he was traveling back to his native Texas from a photography festival in Virginia. Work as a freelance photographer was slow and his personal life felt like it was in a valley. Thibodeaux set out to explore the region and did so via his bicycle. Meeting the people in each community is something that he let happen organically.

“I’d pull up to a village like Alligator, park my car in the center of town and then ride my bicycle up and down every street,” said Thibodeaux. “Inevitably someone would yell out at me from their front yard asking about my big Mamiya C330 (a medium film camera) hanging around my neck. Or I’d see someone smoking and in order to start conversations I’d ask them for a light.”

It was a moment of serendipity early in his time visiting the town of Alligator that connected Thibodeaux with the Coffey family of which Damien belongs. Outside a store off Hwy. 61, Thibodeaux photographed a man named James “Dance Machine” Watson Jr. Watson was agitated that Thibodeaux had no money to give him for taking his photo, but later softened and invited him to Sunday lunch the next day. Watson was staying with the Coffey family and their embrace of Thibodeaux was a harbinger for his later visits to different villages and communities.

“I feel lucky the Coffeys were the first bunch of folks that I met in the Delta because my relationship with them vouched for me everywhere I went in the surrounding towns,” said Thibodeaux. “It was like I suddenly had an extended family with lots of brothers and uncles.”

When he shot the image of Damien Coffey’s tattooed shoulders, he was down to his last roll of film after a two-and-a-half-week visit. Thibodeaux watched Coffey style his daughter’s hair on a rainy Christmas Eve day. When he stepped outside to photograph’s Damien’s hair tied high on his head, he realized he’d not yet captured his tattoo and did so with the last photo on his last roll of film.

There isn’t much text accompanying the photos that make up “In That Land of Perfect Day.” However, the words written by Thibodeaux in that space convey a hope of telling the stories of the people he has photographed without exploiting them or the trust they give him in allowing themselves to be photographed.

“In terms of being a white man in a black community, I found it to be my duty to listen, to educate myself, to ask questions and to collaborate in a way that brings forth the attributes that I found in these communities, heard in their churches and saw in their lives,” said Thibodeaux.

The bonds that Thibodeaux created over his nine years visiting and photographing in the area have made his return trips even more special for the friends who are now like family. He gets invited to family reunions, birthday parties and holiday get-togethers by the Coffey family and their extended family whenever he swings through. And instead of him asking them if they can be photographed, his friends want Thibodeaux to bring his camera to capture their family moments.

“It actually the most important part of this whole experience,” said Thibodeaux. “It hasn’t been merely about the photographs, but instead it’s about the relationships built. The images are merely a by-product of that.”

One of the images that encapsulates that candor and trust is Beau with Baby Kai. An unsmiling Beau holds his toddler daughter under his right arm, both of them shirtless as they stand in front of a blank canvas created by the cloudless sky and bare field behind them. The father has marked his daughter as you can look into Beau and see Kai and vice versa. It’s sparse and beautiful and you know that it hangs in a place of honor in some North Delta home, of a grandmother or aunt or maybe Beau himself and will probably do so for generations. 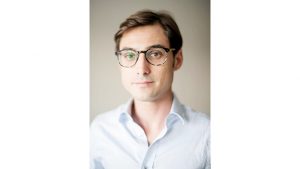 On the day after the primary election, several candidates began the task of collecting their campaign signs — some jubilantly,... read more