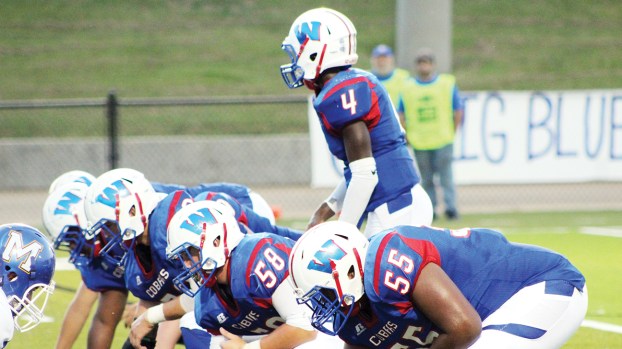 The Wesson Cobras are back in the friendly confines of Stone Stadium for a second straight week as they entertain Franklin County for homecoming Friday night. 4A Lawrence County plays their second straight road game as they’ll face Jefferson Davis County Friday night in Bassfield.

Homecoming queen Anna Claire Crow will preside over her court and be crowned at a 6:30 p.m. ceremony that precedes the game.

The FC Bulldogs lost 33-6 to Northeast jones in their season opener and 52-12 to South Pike in week two. Last week the Bulldogs went down 63-22 at 5A North Pike.

Senior quarterback Trent Tindle has thrown for 355 yards thus far for FC as the Dogs have scored three times through the air. Last season Franklin County had 641 passing yards for the entire season.

Wesson has six turnovers through three games and would like to win the turnover battle Friday night. The Cobras lost a close fight last week against Mize as they spotted the Bulldogs two early scores in a 14-12 defeat.

Kickoff in Wesson is set for 7 p.m.

The Cougars (2-1) traded big plays early with Pearl River Central last week before the 5A Blue Devils pulled away to hand Lawrence County a 42-21 loss on the road.

Junior running back Quincy Lewis was the standout for LC coach Jesse Anderson and his double wing offense. Lewis went for 147 yards on seven carries and scored three TDs. Lewis had a long run of 65 yards.

Senior running back Kylan Cooper was his steady self with 148 yards on 15 rushes. Cooper busted loose for a 93-yard scoring run that gave LC a brief 21-20 lead in the second half.

Jefferson Davis County (1-2) has played a tough schedule to open the season. The Jaguars lost 24-0 at 6A D’Iberville before beating Collins 36-14. Last week the Jags lost 46-14 to the top 2A team in the state, Taylorsville.

Don’t expect JDC to put the ball in the air as the Jags will rely on the running game that they piled up state championships with when the school was still only Bassfield High.

Kickoff in Bassfield is set for 7 p.m.

The Brookhaven High Panthers (0-3) will look to knock area rival McComb (3-0) from the ranks of the unbeaten Friday... read more