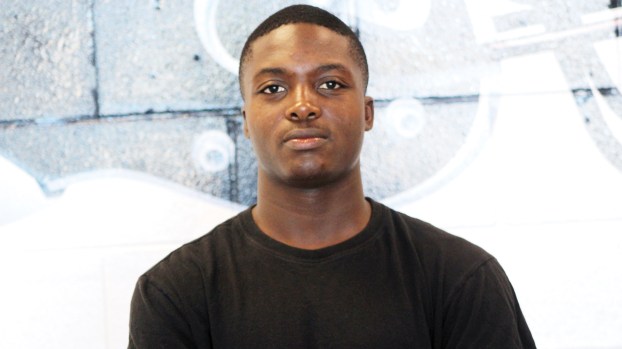 Byrion is Offensive Player of the Week

If you’re good at what you do, then sometimes a last name isn’t necessary when people talk about you.

When you say Madonna, Messi or Magic, everyone knows who you’re talking about.

At a smaller scale on the local level — the same can be said for Byrion. Brookhaven High senior Byrion Robinson does a little bit of everything for his team. Friday night in a 21-19 win over McComb he scored two touchdowns to get the Panthers their first win of the season. For his efforts Robinson has been named The Daily Leader Offensive Player of the Week.

The question for Ole Brook coach Tucker Peavey and his staff coming into the 2019 season was how they could best get the ball into Byrion’s hands. Blessed with a strong left arm, quarterback was definitely a possibility for the 5-foot-10, 155-pound Robinson.

The decision was ultimately to line him up at running back and use him as a compliment to fellow senior running back JQ Edwards. Think of Edwards as Mark Ingram and Robinson as Darren Sproles, if you’re a Saints fan.

Edwards was out Friday night against McComb as was senior starting wide receiver Jontavius Wilkinson, which meant that more would be needed from Robinson. He delivered with 92 yards rushing on 13 carries and one score via the ground and 39 yards receiving on a pair of catches including one touchdown.

Robinson is also a defensive back — that’s the position he excelled at as a junior as he finished second on the team with 104 total tackles in 2018. He also picked off three passes, recovered a fumble and caused four more fumbles for the Panthers as a junior.

Defense is the side of the ball where help was needed most early Friday night as McComb had two quick and efficient drives to score and go up 13-0 on BHS in the first quarter.

The Panther defense settled in though, made adjustments and didn’t give up another score until the waning seconds of the game.

In the second quarter Robinson put BHS up 14-13 when he scored on a 45-yard carry.

That score would hold until the fourth quarter when Robinson made one more big play to give the Panthers a much-needed insurance TD.

On that play Robinson lined up to the right of sophomore quarterback Dre Ross in a shotgun formation. On the snap he took a step and half forward like he was preparing to block, before turning to face Ross and show him his numbers.

Ross sprinted backwards to avoid the rush of three Tigers and softly flicked the ball out to Robinson, who caught it at least five yards behind the original line of scrimmage.

Junior center Jon Allbritton and sophomore guard Omarion Diggs were in front of Robinson as the screen play is set up perfectly, assuring BHS of getting 10 yards at least to convert the first down.

Robinson wanted more, though. He turned on the jets and cuts through a hole just inside of the blocks by his o-line. At the 25 yard line he was touched by the first McComb defender and spun free of the contact — causing two Tiger players to collide with each other.

At the 10-yard line one final McComb defensive back had a line on Robinson. Thinking he had him dead-to-rights, he dived at Robinson’s knees — but another spin move left him grabbing at air and No. 8 for BHS high stepping into the end zone.

Forty yards and a score on a screen play that would have made Barry Sanders proud — classic Byrion.