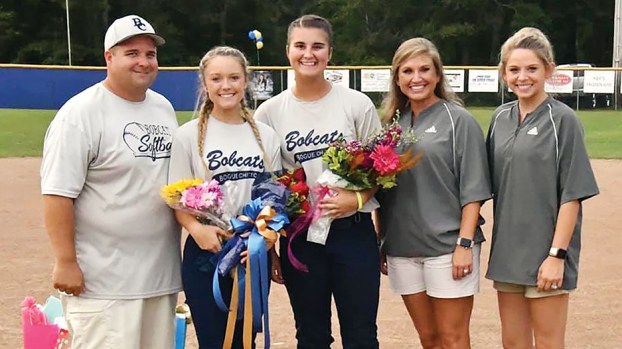 Saturday was a great one for all three area teams that played in the Lawrence County slow-pitch softball tournament in Monticello as Brookhaven High, Bogue Chitto and the host Lady Cougars all went 2-0 on the day.

In the breakfast special to kick off the day, the Lady Panthers didn’t let a 9:30 a.m. first pitch affect them as they pounded Warren Central 13-1. Coach Mandy Vinson and her team followed that up with a 9-4 whipping of Florence.

In the win over Warren Central, the Lady Panthers (14-7) got 13 runs on 13 hits and held Florence to a single hit in the four-inning game.

Angel Wilkinson led the BHS offense with a grand slam. Layla Woodall hit a double and Kyla Henderson drove in a pair of runs. Kaysha Register had a team high three hits while Lynsey Nations, Henderson and Wilkinson had two hits each.

In the win over Florence the Lady Panthers responded to a Lady Eagle run in the first with three of their own in taking a 3-1 lead. The teams combined for 11 errors with BHS making six and Florence having five.

Tonight is senior night for Vinson and her squad as they host Wesson at 6:15 p.m.

Coach Kris Smith and his crew pushed their season record out to 11-5 with a sweep of Warren Central and Lake.

In a close 6-3 win over Lake the teams were tied at two after 3.5 innings and again at 3-3 heading into the bottom of the sixth. BC outhit Lake 13-4 in the game.

Kayci Beth Wallace got the bottom of the sixth started with a single and then moved to second on a single by Frazier. Both players moved over as a single by Leggett loaded the bases up. Nettles then singled to put the Lady Cats up 4-3.

A Bartram single scored Frazier and a Jackson groundout scored Leggett as BC took a three-run lead they’d not surrender.

Bogue Chitto is at Franklin County tonight and at North Pike on Thursday.

The Lady Cougars and coach Marc Howard have won nine in a row and have a 12-4 record after a 13-0 win over Florence and a 6-2 victory over Lake.

Senior Sydney Pevey had four RBIs in the win over Florence. Skyler Speights added three of her own runs drive in. Both Pevey and Speights homered in the win with Pevey adding a double. Ashley Holden, Raylee Ready and Lily Stephens hit a double apiece as well.

Abbey Peavey was the homerun hitter in the win over Lake as she blasted one for the Lady Coogs. Case added a double. Speights and Peavey had two RBIs each.

Tonight LC meets North Pike for a huge region game in Monticello that will decide who is the top seed when the postseason begins in two weeks. LC won the first meeting 15-9 in Summit on Aug. 22.

The Brookhaven Academy Lady Cougars battled back from the losers’ bracket Monday at the MAIS 4A South State Tournament in... read more