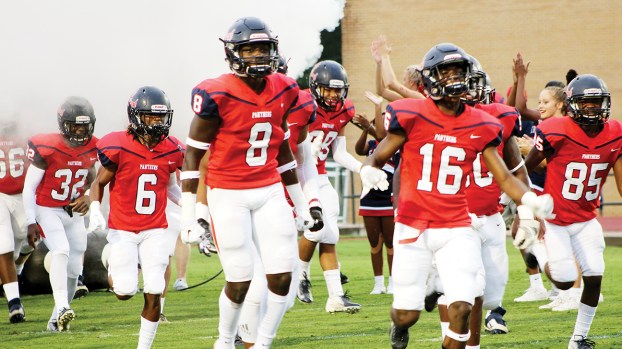 Photo By Cliff Furr The Brookhaven High Panthers are in Jones County for a second straight week as they tangle with Laurel High between the bricks at historic Watkins Field.

BHS back in Jones County to face Laurel

It’ll be another trip down 84 East for the Ole Brook faithful as Brookhaven High is headed to Jones County for a second straight week. Friday night, the Panthers (1-4) are between the bricks at Watkins Field to take on the Laurel Golden Tornadoes (4-1) in a Region 3-5A matchup.

The only blemish on the Laurel schedule is a 21-20 double overtime loss to Wayne County. The Tornadoes have a 21-14 win at 4A power Poplarville, a 35-19 win over Hattiesburg in their longtime rivalry game, a 21-14 win over 6A Petal and a 55-0 drubbing of region foe South Jones last week.

Laurel junior quarterback Xavier Evans is the straw that stirs the drink for coach Todd Breeland. Evans has thrown for 953 yards in five games. He’s has tossed nine TDs against three interceptions. The team has also run for a combined 1,122 yards on the ground with Evans rushing for a team high 555 yards and five TDs.

Last week in a 44-7 loss at West Jones the Panthers struggled to move the ball against the Mustang defense. BHS generated 80 yards passing on two completions and 68 yards rushing on 37 carries. The lone BHS score came on a 66-yard pass from Dre Ross to Jermario Hersey.

BHS trailed West Jones 14-7 after the first quarter before the Mustangs exploded for 16 unanswered points in the second quarter to take a 30-7 halftime lead.

Kickoff in Laurel is scheduled for 7 p.m.