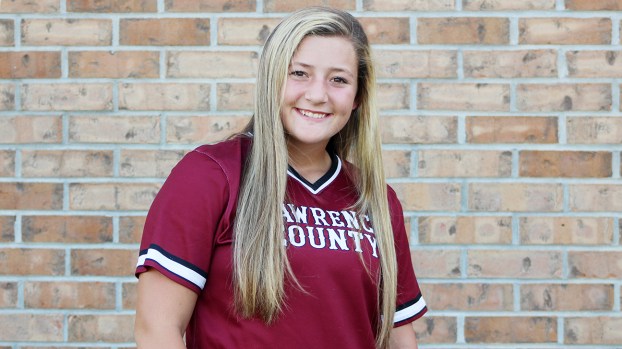 Lawrence County rolls into the third round

The Lady Cougars won game one 17-1 over the Lady Vikings and then took the series with a 16-4 win in game two.

Skyler Speights continued to punish the ball as she hit a combined three homeruns in the two games.

Game one saw LC get 18 hits and plate seven runs in the second and 10 in the fourth to take the win. Speights drove in five RBIs while Ashley Holden and Abbey Turnage had two RBIs apiece. Holden, Sydney Pevey, Abbey Pevey and Raylee Ready all hit a double apiece in game one.

Molly Davis got the pithing win in both games for LC.

In game two Abeni Fuller smacked a pair of doubles while Sydney Pevey hit one two-bagger. LC outhit WC 24-4 in game two as all four Warren Central runs came in the bottom of the first inning.

The win sets up a showdown in the semifinals of the south state tournament with Wayne County (21-3) tonight in Monticello. First pitch is set for 5 p.m. North Pike and Northwest Rankin meet in the other semifinals series tonight.

Ethel knocks Wesson out in game 3

Wesson had to travel a good distance to take on their opponent for the second round of the MHSAA slow-Pitch... read more