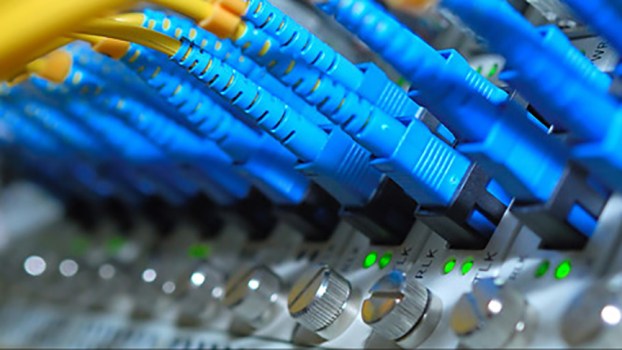 Even though at least five of Mississippi’s 25 cooperatives have announced internet plans, it may be a while before rural broadband makes its way to Lincoln and Lawrence counties, if ever.

In January, Gov. Phil Bryant signed the Mississippi Broadband Enabling Act into law and now, electric co-ops statewide are studying the impact of jumping onto the rural broadband wagon and whether it will be financially viable.

Those discussions are underway at Magnolia Electric Power, Southwest Electric and Southern Pine Electric, which will serve customers in Southwest Mississippi.

“We know that some of the co-ops that serve fewer customers, it’s not financially viable right now for them to jump into this business,” said Sen. Sally Doty, R-Brookhaven, who serves as chairman on the Energy Committee. “Of course, when working on this legislation, I talked to the co-ops in my area and knew they would not be the first ones to offer broadband. I knew this would not necessarily be coming to Southwest Mississippi immediately, but I knew it would come to other parts of the state. And by providing that authority, we don’t know what avenues it might open up.”

General Manager Darrell Smith said all 25 Mississippi electric cooperatives were in favor of the bill and backed its passage, but it was with the understanding that all 25 wouldn’t be able to offer rural broadband service.

“It was known from the start and clearly stated that the bill is not a mandate and that only a few larger or more densely populated cooperatives would be able to make a business model that would be feasible for their particular system,” he said. “Magnolia is one of the lower consumer-density per mile co-ops in Mississippi with an average 6.6 consumers per mile of line.”

He said Magnolia surveyed its members and determined there was a “very low interest” in subscribing to broadband if it was provided by their electric cooperative.

Smith said a facility study conducted for Magnolia Electric shows the cost of providing broadband fiber to the homes on Magnolia’s system would cost $100 million.

“This is troubling for Magnolia Electric,” Smith said. “We are below the threshold of being able to make a broadband financial model that would work and pay for itself due to low consumer density.”

He said the cooperative will continue to study and gain information on broadband for rural areas and will conduct additional surveys and studies and continue to “keep an open mind” on the possibility of a future, successful broadband initiative.

“We are open to the prospect of grants and partnering with local communication companies to bring about broadband to the membership and have already been in discussion with one company,” he said.

The co-op commissioned a feasibility study as required by the Broadband Enabling Act and is reviewing the findings, said Deb McGee, human resources and public relations specialist. They plan to request a second feasibility study with more details.

“The board of directors and management of Southwest Electric must carefully review the results of the studies,” she said. “Southwest Electric currently delivers electricity over 4,200 miles of line with an average of six meters per mile. Constructing a fiber network to deliver broadband throughout our nine-county service area that covers over 2,000 square miles would require a tremendous investment. Any decision made regarding broadband will be in the best interest of our members and must make long-term economic sense for our cooperative.”

“Everyone agrees that bringing broadband service to rural areas is a positive, but the new law requires a feasibility study because it would be a major project requiring a tremendous investment. Implementing this service means constructing new networks to deliver broadband throughout the Southwest Electric service area. The expense of constructing such a network must be weighed against the likely number of subscribers, along with other considerations, and this will help the board of directors determine whether it makes economic sense,” she said.

If Southwest decided to offer broadband, it could still take years before the service would be available.

“Offering broadband means constructing new networks which are expensive and labor-intensive, especially throughout rural areas. The network build-out may have to be financed in phases, which could take years to complete. Cooperatives must also choose whether to build broadband networks on their own, or partner with affiliate companies to do this,” she said.

If a cooperative decides to offer broadband, even if it is deployed in phases, it must eventually offer broadband to every member within its entire service area, McGee said.

“Lack of adequate internet service in rural areas is a national issue, and an impediment to business and economic growth. Because of this, a combination of grants and loans may be available from federal sources to help offset the high cost of broadband deployment,” she said. “Now that the law allows cooperatives to offer broadband, they are now eligible to apply for this assistance. This is one of the many factors considered in the economic feasibility study.”

The electric co-op has gone so far in its quest for “internet at the speed of life” to send surveys to all of its members to gauge interest.

“Southern Pine is considering building a broadband network to bring high-speed internet to our area. To do this requires a large financial commitment,” the company said on social media.

Surveys were mailed to members and are due back by Nov. 8.

The company said it is reviewing multiple feasibility studies and management will make a final recommendation to its board of directors in the coming months.

Even if Southern Pine jumps on the rural broadband wagon, the project is complex and will take time. The company has more than 10,000 miles of electric line throughout its service area and the broadband project will follow much of the same routes.

“We can’t say with certainty when any one member would receive Internet service, but we are forecasting that depending on several factors, like take rates and contract labor availability. Getting service to every member could take seven to eight years,” Southern Pine said on social media.

“We believe this model represents the level of service that users demand, and would be superior to the majority of access available to our members,” their post said.

U.S. Sen. Cindy Hyde-Smith chose her home turf to meet with a representative of Alliance for Aviation Across America and... read more