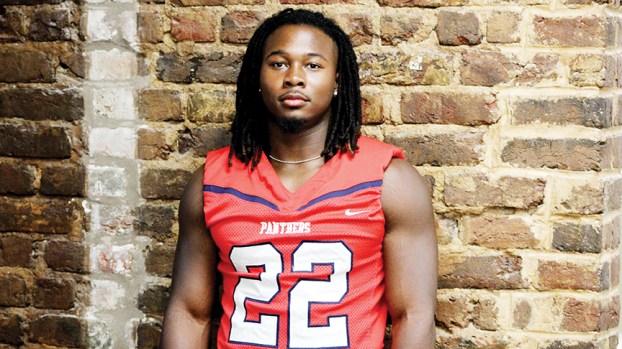 He’s back — JQ Edwards is Offensive Player of the Week

In a senior season in which Brookhaven High running back JQ Edwards has battled injuries that’ve forced him to miss two games, it feels like the battering ram of a runner is finally rounding into form.

Friday night in a 42-19 win over Wingfield Edwards ran a season-high 26 times for 208 yards and a pair of scores. For his performance he’s has been named The Daily Leader Offensive Player of the Week.

Edwards is quick with a smile and a guy that his teammates love to be around. It would be easy for him to throw a pity party as injuries are something he’s had to deal with his entire career.

As a sophomore, Edwards shone for a region championship winning team. Duke Leggett was the leading rusher on that squad, but as a change of pace option — Edwards ran for 1,158 yards and 14 scores. He averaged 8.7 yards per carry for an 11-2 Ole Brook team.

The Panthers suffered a heartbreaking 26-22 loss to Laurel to end that season. For Edwards, the pain was compounded by a major knee injury suffered in the defeat.

He played in 11 of 12 games last season for BHS while working back from the injury. He ran for 697 yards and nine TDs and went over 100-yards once — rushing for 142 yards and a pair of scores against South Pike.

Thus far in 2019, Edwards has run for 524 yards and four scores. Powerfully built at 5-foot-8, 175-pounds, he never shies away from contact and usually carries the ball firmly wrapped in both arms.

As one of the senior-most leaders on an inexperienced Brookhaven High (2-5) team, Edwards has four regular season games left as a Panther.

He missed the Petal and McComb games while dealing with a foot injury at the beginning of this season.

The final two games of the regular season will be the stiffest tests left for BHS and a chance for Edwards and his classmates to clinch another playoff appearance in their final season on King Field.

Natchez High (3-4), a team that beat Brookhaven last season, comes to visit on Nov. 1 for senior night. The Panthers then conclude their regular season with a trip to play Forest Hill (3-5) a week later.

Expect to see plenty of No. 22 carrying the ball as the Panthers push towards the playoffs and as a high school career defined by perseverance comes to a close.