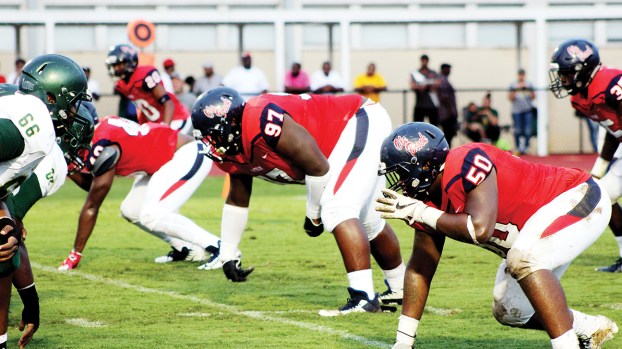 Photo by Cliff Furr The Brookhaven High Panthers host South Jones tonight on King Field for homecoming. The Panthers have one more remaining home game after tonight when they play Natchez on Nov. 1. The homecoming court will be presented in a pre-game ceremony on the field.

The pomp and circumstance of homecoming week for Brookhaven High (2-5) ends tonight with a Region 3-5A matchup with South Jones (2-6).

Coming off a win last week against Wingfield, the Panthers now have a 1-2 division record, as do South Jones, Wingfield and Natchez. Laurel and West Jones are tied for the lead in the region with 3-0 records, Forest Hill is 2-1 and Jim Hill is a winless 0-3.

The Braves from Ellisville have wins over Northeast Lauderdale and Jim Hill thus far this season. Last week SJ beat Jim Hill 21-20 on the road. Scoring has been an issue this season for South Jones as they average just 17 points a game.

The Brookhaven Panthers had their first big offensive breakout of the season last week in a 42-19 win over Wingfield.

Kickoff on King Field is scheduled for 7 p.m.