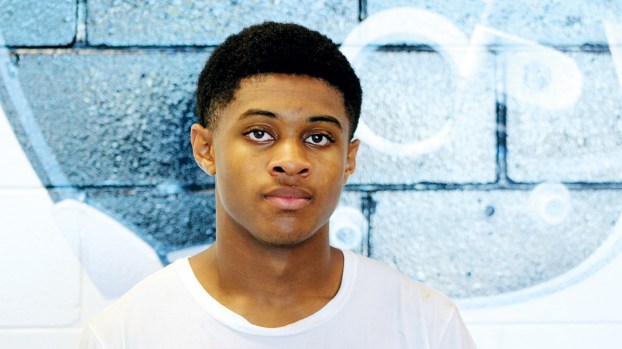 Ross looks at home under center, picks up Offensive Player of the Week

Friday night in a crucial region matchup with Natchez, Ross delivered four touchdowns to help push the Panthers past the Bulldogs 48-32. For his efforts Ross has been named The Daily Leader Offensive Player of the Week.

Ross finished 4-of-10 passing for 56 yards and two scores, both coming in the first half as BHS raced out to a 21-0 lead. He was at his best running the ball as he took off for 109 yards on 19 attempts with two more touchdowns.

Late in the third quarter, Ross showed grit as the Panthers needed a score to answer a Natchez drive that had cut their lead to eight points. Running up the middle, Ross was grabbed around his shoulder pads and twisted down by a Natchez defender.

The skinny sophomore stayed seated on the cold turf while doctors and trainers attended him. Ross was replaced at QB by senior Byrion Robinson. Three plays later Ross was standing beside BHS coach Tucker Peavey — ready to get back into the game.

Peavey gave the nod and Ross ran back onto the field, with a slight limp. He’d later finish the drive off with a 3-yard rushing touchdown that saw him blow past the NHS defense to put his team up 41-26.

On a night where everyone had numb hands and teams struggled to control a cold, damp ball — Ross looked like a veteran leading the Panther offense.

The young quarterback has made improvements every week and had one of his biggest games of the season in the first BHS win of the year, a comeback 21-19 victory over McComb. That night Ross went 8-of-10 passing for 117 yards and a score while also running for 111 more yards and another TD.

The improvements and increased comfort have BHS (5-5) on a four-game win streak as they travel to south Jackson for their final regular season game of the season Friday against Forest Hill.

Robinson and fellow leading rusher JQ Edwards are both seniors. So are the top two receivers on the team — Jontavius Wilkinson and Jermario Hersey. That means that the need for Ross to take over a game on King Field with his arm or legs is only just beginning.

The countless miles through the streets of downtown paid off Monday for the Brookhaven High cross-country program. After finishing runners-up... read more