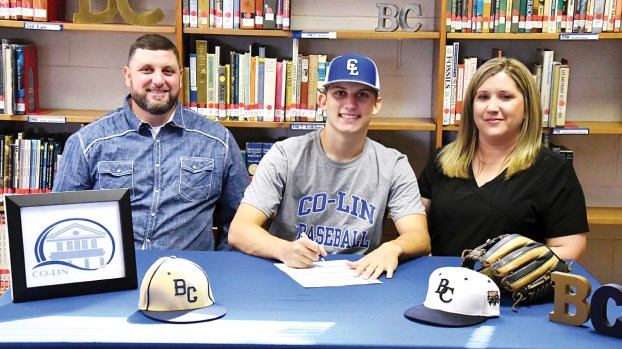 A right-handed pitcher, King is also a standout quarterback for the Bobcat football team who threw for over 1,500 yards this season as a senior. As a junior, King suited up during baseball season at Parklane Academy. He started and came out of the bullpen for the Pioneers (17-15-1).

As a starter, King struck out 10 against Centreville in a PA win. He also combined with a teammate for a no-hitter against Pontchartrain Christian.

“We’re excited to have Shaw join our signing class,” said Co-Lin head coach Clay Smith. “He has a good arm and is a good athlete. We can’t wait to get him on campus and see him develop.”