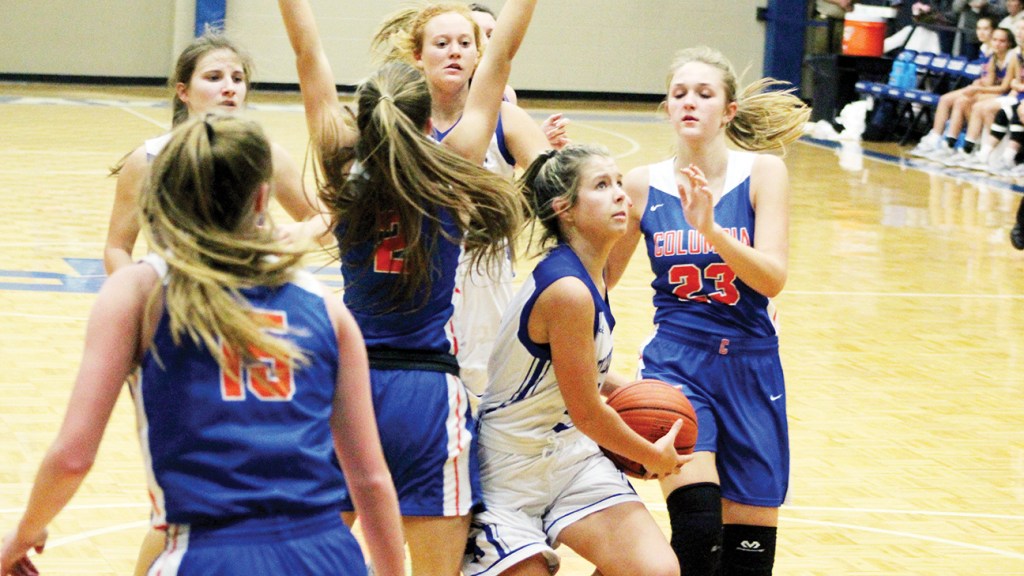 Here’s a look at the results from area Thanksgiving tournaments held at Brookhaven Academy and Lawrence County on Monday.

In the girls’ game the Lady Cougars cruised to a 51-16 win over Columbia Academy. BA jumped up 16-4 after the first quarter and never let up as they led 30-5 at halftime over a CA team coached by longtime Brookhaven Academy coach Dale Watts.

Brookhaven Academy coach Ron Kessler saw his team put forth a balanced scoring load with nine players getting on the board, but none getting into double digits.

The boys’ game wasn’t decided until the final minute as the Cougars and Parklane had a back and forth battle. The Cougars led throughout but Parklane never let BA get too far ahead, usually holding the deficit to around six points.

A 3-pointer by junior Jay Jones of Parklane tied the game at 48 with 25 seconds remaining.

On the next possession a driving layup by BA junior Gavin Brogden put the Cougars up by two with 16 seconds remaining as they went on to win 52-48.

It was the second big shot by Brogden in a week as his knocked down a jumper on Nov. 21 that sent the Cougars to overtime against Simpson Academy. BA then went on to win in the extra period.

BA next plays at home on Dec. 3 against Copiah Academy.

In the annual Thanksgiving week tourney in Monticello the Brookhaven High Panthers picked up a pair of wins Monday.

The Lady Panthers whipped Crystal Springs 61-39. BHS was led by 16 points from Snudda Collins and 15 from Kyja Willis.

In the boys’ game BHS won big, 70-47 over the CSHS Tigers. Both BHS teams will be back in Sinclair Gymnasium Dec. 6 when they host Franklin County.

The homestanding LC Cougars also swept a pair of wins on their homecourt Monday night.

Coach Vicki Rutland and her Lady Cougars had no problem with East Marion in a 61-30 win.

Coach Pat Bridges and his Lawrence County boys capped the Cougar Classic off with a 47-39 defeat of Eat Marion.

The Cougars led 25-19 at halftime. Lawrence County will visit Brookhaven High on Dec.13 and doesn’t have a home game again until Jan. 17 in a region matchup versus North Pike.