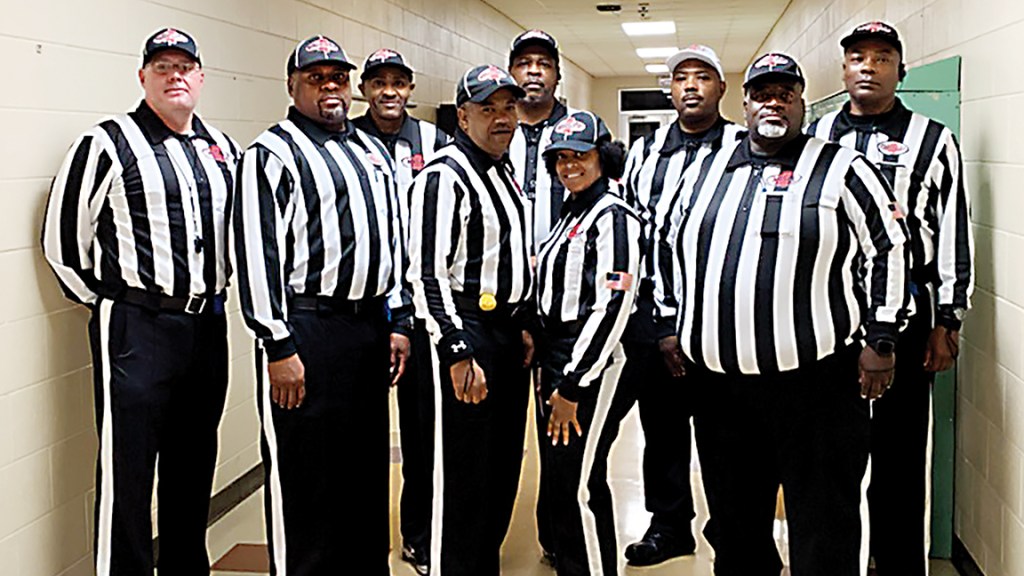 A group of football officials from the Southwest Mississippi Association will be making the calls Saturday when Northside and Taylorsville take the field in the MHSAA 2A state championship. The game kicks at 3 p.m. in M.M. Roberts Stadium at the University of Southern Miss.

Mcnair Smith is the assigning secretary for the association. He says having championship level officials is a goal at the beginning of every year.

“You always want to have somewhere from 15 to 18 officials that you feel are ready to call at a championship level,” said Smith. “Those selected have shown a willingness to grow through training and hard work. Their efforts were noticed by their crew chiefs.”

Working a varsity MHSAA football game in the regular season earns an official $100 for their time. That number goes up for postseason and championship games, but that’s not why most men and women sacrifice their time to wear the stripes of an official. They do it for a love of the game and because it can’t be played without someone willing to stand in that gap.

Many are former athletes themselves or coach other sports on the high school level. All have a fondness for high school athletics and what they stand for.

If you’ve grown up going to the fields and gyms of Lincoln County, then you know that there are some officials that have been doing their jobs for a long time. You begin to wonder who will come behind those old-timers when they get ready to hang up their whistle.

Smith says the association was lucky this year in that approximately 10 young officials began to work their way up the football ladder and around the same number have joined the ranks for basketball.

That’s encouraging but Smith says the same thing needs to happen over the next couple years to further grow the pool of young officials.

Frankly, why would anyone subject themselves to the garbage that high school officials have to listen to? It’s one thing for a coach to make his annoyance known about a questionable call that goes against him. It’s another thing for parents to berate the official every time they blow their whistle.

There are gyms and fields in our area where the officials are treated with respect by players, fans and coaches. And there are some places that are a cesspool of bad behavior and awful sportsmanship.

Cheer for your team, but don’t ever think that yelling at teenagers on the other team is OK. It’s not a good look for you as an individual or your school.

A few years back I officiated soccer for one season. Every time I put on that jersey I was literally trying my best to call the game in a fair manner according to the rulebook. I made mistakes that were born out of inexperience, but more experienced officials were there to help guide me. The more I did it, the easier the job got and the nerves I usually felt began to fade.

As assigning secretary for this area, Smith hopes the members of his association will call on training and their more seasoned peers to hone their skills.

“The more you work at it and the more training you put in, the game slows down and your job gets easier,” said Smith. “And because of that you’ll become a better official.”

You can see that in our local officials. They all aren’t perfect and one night you might go to a game and see a referee that’s a bit overmatched by the game they’re working. Instead of calling for their head maybe practice a little grace. Or better yet reach out to Smith and inquire about becoming an official yourself.

So, congrats to the nine area officials that will be calling the game Saturday in Hattiesburg. Your hard work and dedication haven’t gone unnoticed.