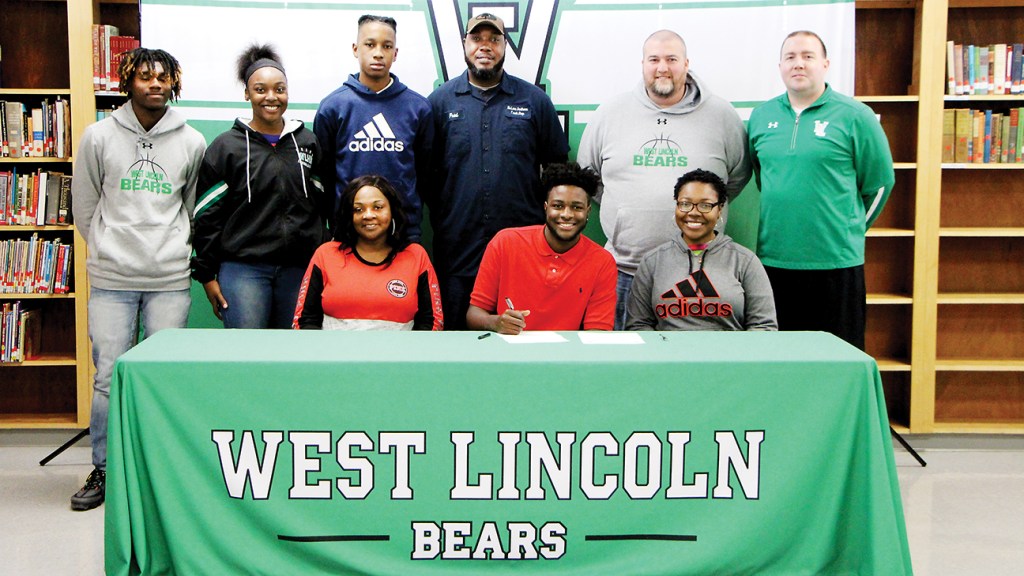 Last season Byrd was an All-Area selection after averaging 11.3 points, 8.2 rebounds and 2.3 blocks per game for coach Brooks Smith. Byrd is currently sidelined at the start of his senior season by a wrist injury that will keep him out until after the holidays.

At 6-foot-5, Byrd is a true post presence that can score with his back to the basket while also having a soft touch when he’s facing the goal.

Getting a local player with those types of tools is always going to be a priority for Co-Lin head coach Kenny Bizot.

“We are very excited to sign Keshon,” said Bizot. “He will be a versatile big in our offensive system and help us protect the rim on defense. He has a high ceiling to become a very good basketball player.”

“I’ve coached Keshon in some capacity since he was in the seventh grade,” said West Lincoln head coach Brooks Smith. “He’s someone that Co-Lin has had on their radar for a couple of years now. He has the potential to get even better if he keeps working.”