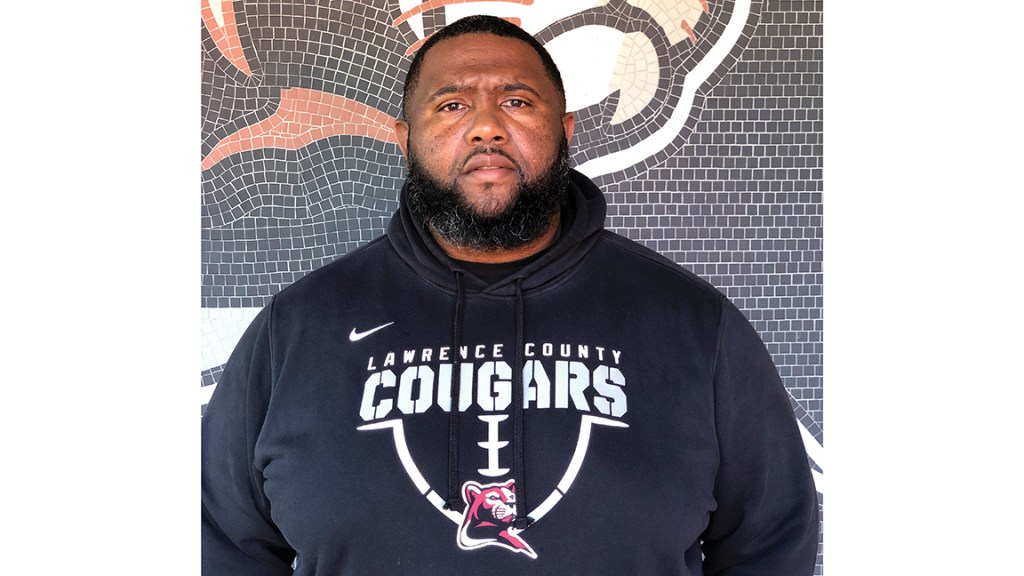 Jesse Anderson didn’t want to talk wins or predictions when he took over as the head coach at Lawrence County two seasons ago. He wanted to make sure the young men entrusted to him graduated high school.

He also wanted to draw the community back to the program. Nothing brings out the supporters like winning and that’s what LC did this season as they finished 9-6.

Anderson and his team went on a playoff run that took them to the doorstep of the 4A state title game, and for his efforts he has been named The Daily Leader All-Area Coach of the Year.

“Our fans got behind our boys this season and really supported them,” said Anderson. “It didn’t matter how far the drive was or how bad the weather was — they were there cheering for us.”

The season was one to remember as LC came out on top in dramatic fashion throughout the year. There was a 42-41 win over North Pike and then a tough 20-13 win at McComb the next week.

That had LC riding high as all they needed to do the next week in their regular season finale was beat Lanier to secure the No. 2 seed in the region and a home playoff opener.

Lanier was the aggressor that night though and LC went on the road to face Mendenhall in the first round of the MHAAA 4A playoffs.

Anderson and his Cougars whipped Mendenhall 55-19 in a game that wasn’t even that close.

The next week they hosted Greene County, a team that had beaten them both of the previous two seasons. That didn’t matter though as a 39-yard field goal by Eduardo Del Angel gave the Cougars a thrilling win as time expired.

The cardiac Cougars weren’t done though. The next week they went on the road and beat Newton County 13-7 in overtime.

The passion for Anderson has for his team and program comes from the most genuine of places. He suited up for the best team in LC history as a lineman. He was an assistant in 2015 when the Cougars made the South State title game.

He’s been there through the highs and lows over the years with his alma mater.

What he craves for the team going forward is consistency.

“I have high expectations for us,” said Anderson. “That’s not because I think I’m some great coach either. It’s because I see the quality of the kids we’ve got in the halls. We should be someone who expects to be good every year.”