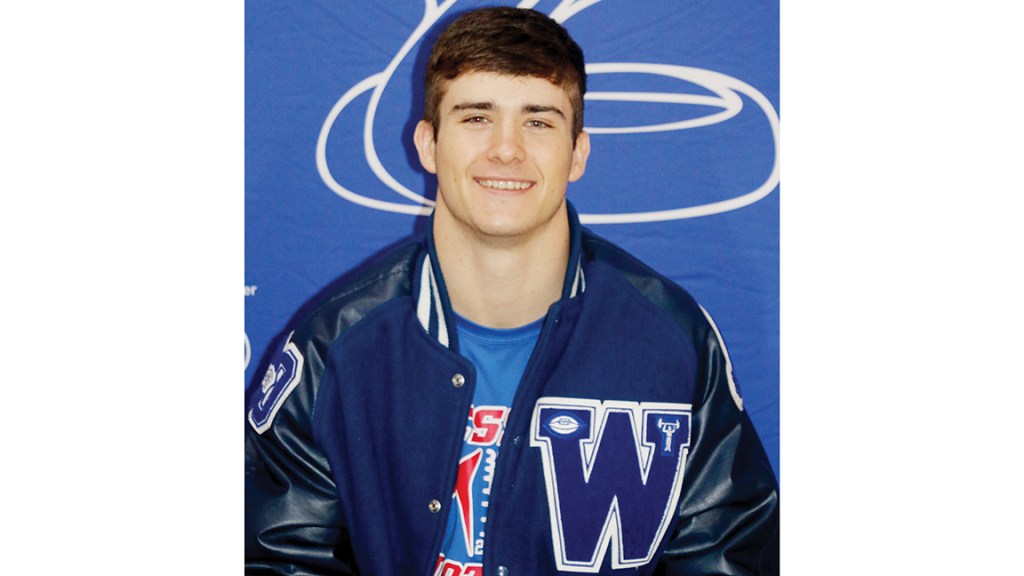 “I’ve found a little linebacker that’s going to be a good one, really tough kid.”

Those were the words of Wesson coach Jeremy Loy following spring practice in 2018. The Cobras had come off a 4-7 season in 2017. Loy was still very much trying to build a culture for his program after finishing his second season at the school.

Finding tough players would be a key for that.

That little linebacker — Scott Hutt — blossomed into the leader of a stout Cobra defense in 2019. For his outstanding play, Hutt has been named The Daily Leader All-Area Most Valuable Defensive Player.

As a sophomore in 2017 Hutt played in six games and made 13 tackles. Last season he earned All-Area honors by leading the team with 109 stops. Hutt improved on those numbers this season as a senior.

Wesson finished 8-5, won Region 7-2A in dominant fashion and lost to Enterprise-Clarke 6-0 in the second round of the 2A playoffs.

It would be impossible to miss No. 42 in blue leading the Wesson defense. Before the snap he was constantly moving, both feet settled on the ground at the same time only for a moment when the ball is about to be snapped.

He wasn’t just pacing though, he was leading a chant for his teammates.

“What are they going to get,” Hutt would shout out.

“Zero,” would come the reply from the other 10 members of the Wesson defense.

That was often a prophecy fulfilled as Wesson gave up under six points per game during their region schedule.

Sometimes the phrase “coach on the field” can be overused. However, it’s a glove that fits Hutt perfectly.

Loy and his assistants Hank Jordan, Seth Lofton, Tevin Thomas, Sammy Byther, and Steve Barrington knew that Hutt was completely in-tune with what they wanted from their defense.

It was off the field where Hutt had some of his greatest value to Loy and his staff.

“When I got here our locker room was too silly,” said Loy. “On game days I spent too much time getting kids focused. Scott saw that as an underclassman and the last two years he’s taken care of it. He’s been the unquestioned leader in that room and made sure they were ready.”

Hutt didn’t play on offense other than coming in as an extra blocker in short-yardage situations.

On the sideline he often stood by himself, hands on his hips. Watching the offense and conserving his energy.

Waiting to go back out and lead his defense through another series — wanting to hold the other team to zero one more time.