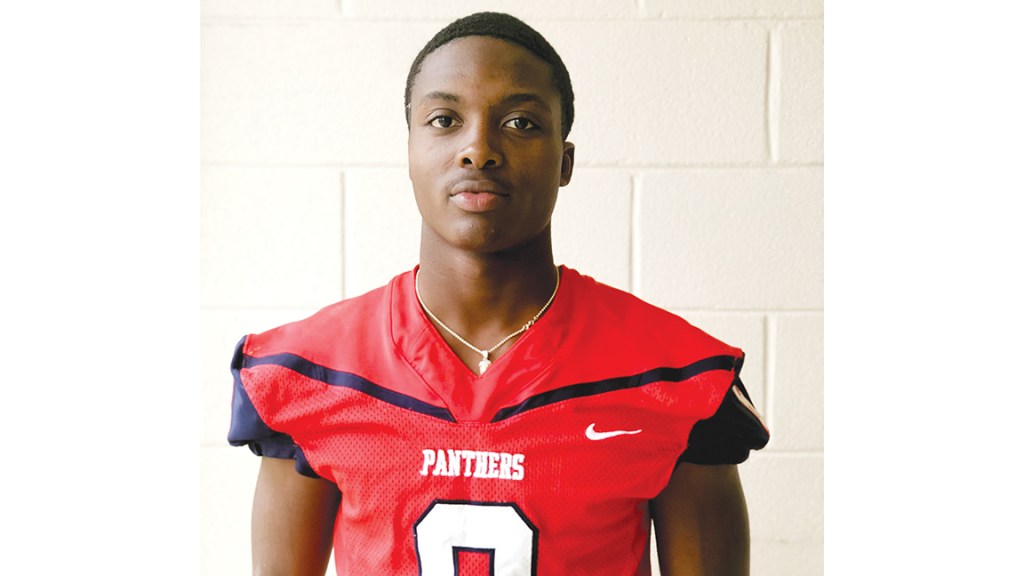 The fans in the stands at King Field knew it — as did the one standing two-deep along the fence at the south side of the track. The cheerleaders, band members and band parents selling hamburgers in the concession stand knew it too.

Add the Brookhaven police officers dispersed among the stadium at varies points to the list of people who knew it as well. The chain gang working on the opposite sideline knew it and the Brookhaven High coaching staff knew it better than anyone.

Everyone associated with the BHS football program knew that good things happened when Ole Brook senior Byrion Robinson had the ball in his hands. A running back, receiver — but above all else a ballplayer — Robinson has been named The Daily Leader All-Area Most Valuable Offensive Player.

“Byrion’s just a football player,” said BHS head coach Tucker Peavey. “He’s going to be good wherever you put him. We moved him around a lot and some of that was finding the best places to use him and other times it would be out of necessity due to someone getting injured.”

With sophomore quarterback Dre Ross in his first year under center, Peavey and his staff switched the emphass for Robinson in 2019 from the defensive side of the ball. Last season he was an All-Area selection as a defensive back and an electric kick returner.

Getting the ball into his hands this season was a priority.

Robinson ended the year with 1,513 combined all-purpose yards. He carried the rock 105 times for 829 yards and eight scores. The 5-foot-10, 155-pound Robinson was a hard runner and averaged 7.9 yards per carry.

He tied for the team lead in receptions with 15 catches. Robinson posted 168 receiving yards and a pair of touchdown catches. He also had 422 kick return yards and 94 punt return yards for the Panthers.

The chance that Robinson or his backfield mate JQ Edwards could break a big gain at any moment — that was huge boost to a young BHS team that finished 5-7 in a rebuilding year.

“He runs hard and he’s obviously fast, but his vision is one of his biggest strengths,” said Peavey. “He can see where he needs to go before the defense.”

In the spring of his junior year Robinson received football offers from Copiah-Lincoln, Northwest Mississippi and Hinds in quick succession.

Pearl River saw him though, became his first baseball offer and that was that as he committed and then signed with the Wildcats in November.

You don’t have to be a fortune teller to know Robinson will miss football though.

He’ll miss those moments when he’s taken a handoff, sees the hole and a stadium full of fans are on the edge of their seats to see what he’ll do next.